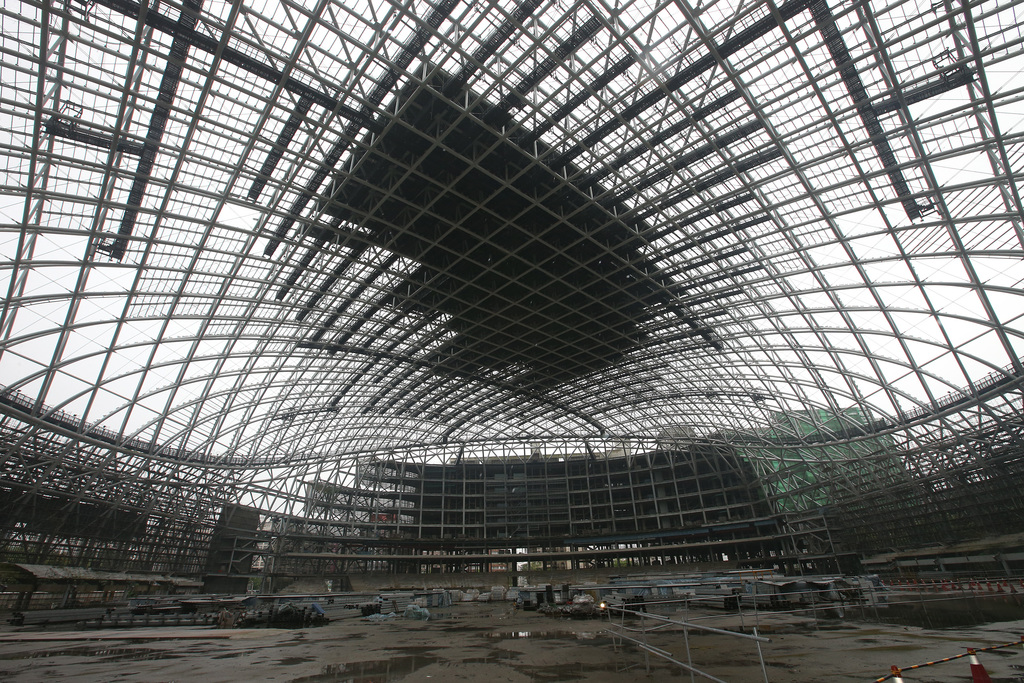 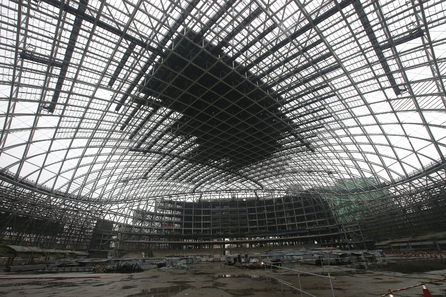 TAIPEI (Taiwan News) – Taiwan Land Development Corporation Chairman Chiu Fu-sheng has expressed an interest in the troubled Taipei Dome project, reports said Tuesday.
Taipei City Mayor Ko Wen-je said Monday that if no agreement was reached with the current developer, Farglory Group, within three months, the city would end its contract with the company.
Work on the complex, which is dominated by a 40,000-seat stadium, was ordered halted by the city last year amid concerns about safety and financial issues. Amid the disputes, it is still not clear whether work will eventually continue or if the Taipei Dome will face demolition.
TLDC said Tuesday that Chiu found it hard to believe that the complex was just lying there, while the capital needed an extra sports stadium.
However, at a news conference later in the day, Chiu said he was mostly interested in helping the project move ahead, rather than in taking control with TLDC.
In a first phase, the city should take a new look at the 70 points it alleges have shown safety problems, and work with the British design services provide Arup Group Limited to make the necessary design changes, Chiu said. In a second phase, general design suggestions should be made and in a third and final phase management suggestions could be supplied, according to Chiu.
The businessman said he did not have the intention to replace the Farglory Group as the main developer, and still hoped that the group could reach an agreement with the city government and join hands to complete the Taipei Dome.
In a response to the TLDC comments, Farglory said there might be a new development within the next three months, but not necessarily. The company said its contract with Taipei City was bilateral, so it was not looking for a third party, and any attempts by the city to “sell” the project to another company bore no relation to Farglory.
Until now, the name most frequently mentioned as a potential new developer to replace Farglory had been CTBC Financial Holding Co., Ltd., one of Taiwan’s most influential banking groups.
TLDC was originally owned by the state, but was privatized in 1999. The company currently runs major projects in Kinmen, Hsinchu County, Nantou and Hualien. Chiu founded the ERA media group, led TV station TVBS and served on the Kuomintang’s Central Standing Committee.