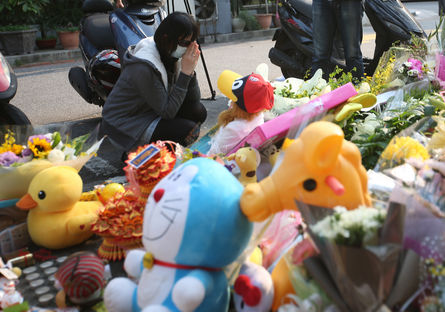 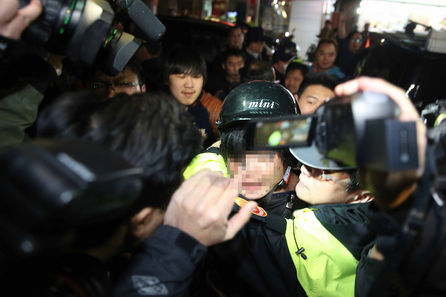 Shi-Lin district prosecutors are seeking death penalty against a suspect who randomly killed a four-year-old girl in Neihu District, Taipei City, on March 28.

The prosecutors concluded the investigation of the case on Monday and, after that, charged the suspect with murder and are seeking death penalty.

The victim, nickenamed “Little Light Bulb,” and her mother were on their way to a Taipei Metro station to wait for the girl’s grandfather and afterwards to have lunch with other family members.

The suspect surnamed Wang, 33, holding a kitchen knife, came from behind the victim, who was riding a trolley bike at that time, and violently and repeatedly chopped at the girl’s neck, causing her head to separate from her body.

As the suspect was transported to the prosecutors' office for investigation, an angry crowd of about 50 people rushed up, broke through the police cordon, and beat Wang, causing his helmet to fly off his head. The crowd didn’t disperse until 1 a.m.

The brutal killing of the innocent girl not only incited public outcry but also touched off bountiful expressions of sympathies and condolences from the public. Bouquets, dolls, sweets, cards and lit candles at night filled up a stretch of about 100 meters on the sidewalk of the crime scene from people who came to mourn the loss of “Little Light Bulb” and pay tribute to her.