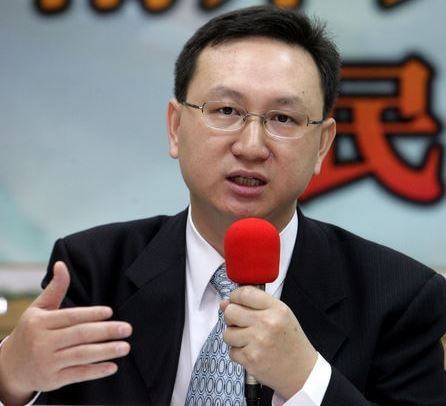 Premier Lin Chuan has signed a document to withdraw all the charges against students and social activists who intruded the Executive Yuan building during the Sunflower Student Movement in 2014, said Cabinet spokesperson Tung Chen-yuan on Monday.

The decision to dismiss charges against the 126 defendants was the second document the premier signed and the first political decision he made after he took office on May 20, Tung said.

The Sunflower Student Movement is associated with a protest movement driven by a coalition of students and civic groups, who eventually occupied the Legislature and invaded the Executive Yuan building. The activists protested the passing of the Cross-Strait Service Trade Agreement (CSSTA) by the ruling party Kuomintang (KMT) at the legislature without clause-by-clause review. The protesters perceived the trade pact with the People's Republic of China (China; PRC) would hurt Taiwan's economy and leave it vulnerable to political pressure from Beijing.

Tung quoted Lin as saying that the Sunflower Student Movement is a political incident and not a pure legal case that should be handled leniently under the principle of fostering more harmony and less conflict.

The Executive Yuan at that time pressed charges against the students and others out of political consideration, but now the demand of the movement has been widely accepted by the society and the Legislature has responded by putting cross-strait agreement oversight bills forward, which shows the justness of the movement and the contribution it has made to the society, Lin was quoted as saying.

New Power Party (NPP) legislative leader Hsu Yung-ming applauded the premier for his decision to withdraw the charges and said he hoped the Cabinet would investige the police who beat the students and other people.

Meanwhile, KMT caucus Secretary-General Lin Te-fu said the new government should not exonerate those who broke the law by occupying government offices simply because the ruling DPP and the activists had the same political stance on the issue. He feared that the same way of handling law breaking would trickle down to lower government institutions and spell troubles for the future.