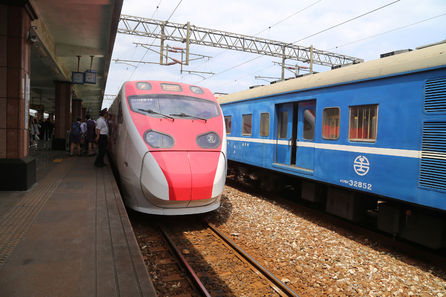 New plans for freeways and railways to hit road

The Ministry of Transportation announced Sunday plans to put an end to the decade-long practice of toll-free travel on national freeways during long holidays starting from the upcoming four-day Duanwu Festival, also known as Dragon Boat Festival, holiday in mid-June and to impose a real-name system for passengers buying train tickets bound for Hualien and Taitung.

Taiwan’s new President Tsai Ing-wen was sworn into office Friday along with her new administrative team. Over the past weekend, the new ministers made preannouncements of new plans ranging from transportation to education. New Transportation Minister Ho Chen-tan reportedly finalized the decision to scrap the practice of toll-free travel between the hours of 11 pm and 6 am in order to reduce the rate of fatigue-related freeway accidents.

The practice of toll-free travel in late night during long weekends or holidays has been implemented for more than ten years, according to the Chinese-language Liberty Times, while the officials have discovered that driving late at night on national freeways is relatively risky with 1.4 times higher rate in police-reported accidents than the average.

Taiwan Railways Administration (TRA) Director-General Chou Yung-hui explained the rationale behind the new railway ticket purchase system, saying it will be applied to two trains bound for Hualien and Taitung per day starting June 1st. Chou noted that the real-name train ticket purchase system is designed to crack down on the rampant ticket scalping activities.

According to the plan, only Hualien and Taitung residents are eligible to purchase tickets for these trains with a maximum of two tickets from each person; those seeking real-name tickets can only buy the tickets at the assigned ticket counters. More details will be made public on the TRA website on May 25.