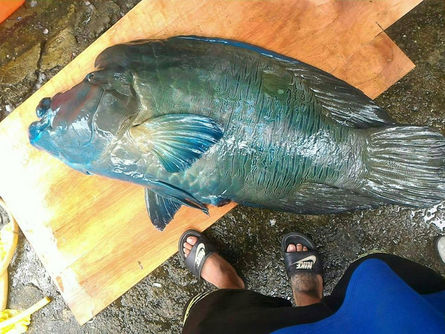 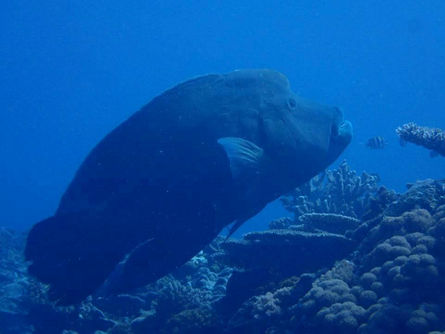 The Coast Guard Administration (CGA) on Sunday found the body of a humphead wrasse, a protected species at Taiwan’s outlying Green Island, after the news of the fish killing by a bed-and-breakfast operator stirred outcry from conservationists and islanders.

News spread online that the humphead wrasse was taken from the sea after it was killed by a spear gun. An investigation launched by the CGA led to a bed-and-breakfast operator, who at first denied he was responsible but later admitted that he took the fish onshore after he spotted it surface from the sea. CGA personnel brought the alleged fish killer back to Taitung on Sunday afternoon for further investigation.

As the incident had incited public indignation, the alleged fish killer felt pressured and hurriedly buried the fish near the Green Island Prison, CGA personnel said, adding that they had uncovered the body of the fish, which they said didn’t look like having any parts being cut and cooked.

According to the World Wildlife Fund, the humphead wrasse is one of the largest coral reef fishes and occurs patchily throughout much of the Indo-Pacific region. Its late maturity, longevity, predictable spawning sites, and natural rarity make it highly vulnerable to over-exploitation.