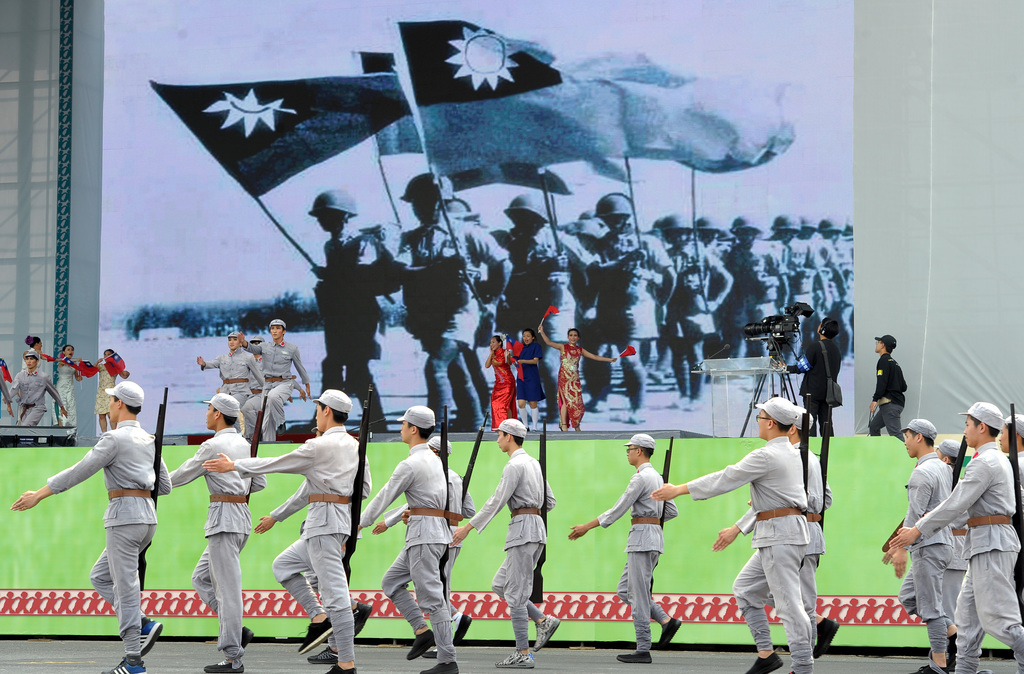 Life continues after May 20

May 20, 2016 was decided to be a historic date for Taiwan more than four months ago, when Taiwanese voters not only elected Democratic Progressive Party Chairwoman Tsai Ing-wen as their president, but also gave her party an absolute majority at the Legislative Yuan for the first time in history.
The unprecedented coalescence of events should give the new president and her administration, with a Cabinet headed by Premier Lin Chuan, a welcome dose of efficiency to start off on an ambitious program of reform.
Debate has already started on what kind of a political honeymoon the new administration will be allowed to enjoy. An opinion poll released on the eve of the inauguration showed 66 percent of respondents having high expectations for Tsai and 61 percent for Lin, with 58 percent holding a positive view of the Cabinet as a whole, despite its earlier pejorative description as a collection of old men including too many holdovers from the Kuomintang era.
The biggest danger to the new administration might be the lack of patience of the public, and not just the reluctance of China to accept the will of the Taiwanese voters and engage with the island nation’s new government.
International commentators are certain to focus on the parts of Tsai’s inauguration speech which will explain her government’s attitudes to China, and in particular the controversial “1992 Consensus.”
However, for most average Taiwanese, the item is but a slogan about an event which might have happened or not, more than 20 years ago. What is of more concern to most citizens is what their lives are going to look like in the near future, with issues close to home like housing, education, food safety, transportation, energy, jobs and pay drawing the most attention.
Voters expect President Tsai to bring improvements on all of those fronts compared to the gloomy mood of the past eight years under President Ma Ying-jeou.
However, the signs are not always positive. Each time a president reached the end of his final term, a transition of power to the opposition took place. In 2000, 2008 and now again in 2016 disillusionment with the incumbent was so deep that voters gave a majority to the candidate from an opposing party.
Each time a new president was elected, expectations were really high that he would put thorough changes into effect and steer society in a new direction. Too often, those hopes were shattered and enthusiasm made way for doubt and later strong opposition accompanied by massive protests.
The quick changes in the public mood offer a lesson for Tsai that there are many dangers ahead, but they should also provide a lesson to the public to exert more patience and give more understanding to a team still getting to grips with a new situation. Tearing down a new government team right from the start is not going to help anybody, least of all the public hoping to benefit from reforms.
Premier Lin Chuan has already confirmed that whatever the new government does, economic growth is unlikely to reach more than 1 percent for all of this year, already putting a negative spin on expectations of more jobs, higher wages and bigger profits for businesses.
The new government will of course not sit idly by as the situation remains tenuous, but it will roll out several types of medicine, including its New Southward Policy designed to reduce the country’s dependence on the Chinese economy and develop new and less risky markets.
Even without significant hurdles at the Legislative Yuan, the public should not expect those policies to bear immediate fruit, but will have to wait until their results become clear, maybe as much as a year after the inauguration.
How difficult it will be for the government to please everybody has already become clear over the past few weeks, with statements from future Cabinet members touching off a backlash from commentators and the public alike.
Even during preparations for the May 20 inauguration event, social activists expressed dissatisfaction over the use of their slogans in the parade, forcing the DPP to remove them from the program. Remarks about the import of pork with residues of ractopamine from the United States and the nature of some social movements brought quick and sharp protests from critics, even before the ministers had been sworn in. The ruckus served to show how carefully new government team members will have to thread, despite the overwhelming vote of support they received on January 16.
Just days into its rule, the Tsai Administration will be able to show its resolve to the world and to the public at home when it sends a delegation to attend the World Health Assembly and when Tsai herself attends an event at the Panama Canal.
Unexpected words of wisdom came from outgoing Premier Simon Chang, addressing the KMT during his goodbye visit to the party Wednesday. He told the soon-to-be opposition party it should not seek revenge for revenge’s sake, but judge its proposals and policies on their own merit.
On May 20, the public will celebrate a victory for democracy and human rights and for Taiwan’s basic values. After May 20, Taiwan will change because Tsai received a convincing mandate from the people, but it might not happen as fast as many people want.