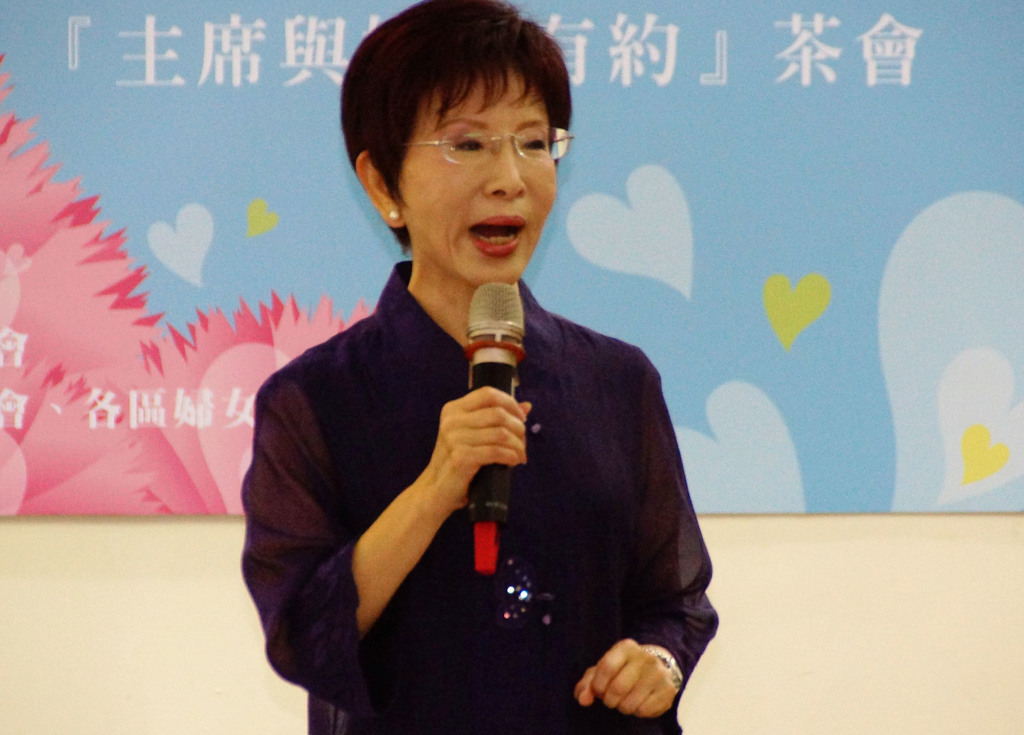 KMT prepared to mediate with China

TAIPEI (Taiwan News) – The Kuomintang would be prepared to mediate if relations between Taiwan and China deteriorated after President-elect Tsai Ing-wen’s May 20 inauguration, KMT Chairwoman Hung Hsiu-chu said Saturday.
Beijing sees Taiwan as part of “One China” and Tsai’s Democratic Progressive Party as the main supporter of Taiwan Independence, leading to concern that China might take action against the island after she is sworn in on Friday.
Should the new situation lead to a change or to backtracking in cross-strait relations, the KMT would not sit idly by but come out and mediate, Hung said at a party event in Kaohsiung Saturday.
The KMT leader said relations between Taiwan and China were the most important of important government policies. If they showed change or regression, they would influence the sustainable development of the whole nation, so Tsai should pay them close attention, according to Hung.
She described the KMT’s foreign policy as “close to the United States, friendly to Japan, harmonious with China.” Its relationship with the DPP should be one of competition and rivalry but not struggle, she said, expressing the hope that Tsai’s party could be good but the KMT even better, so that voters could choose between two positive alternatives instead of having to settle for the lesser of two evils.
Tsai has promised she will maintain the status quo in Taiwan-China relations, but is unlikely to mention the “1992 Consensus” in her inauguration speech. Both Beijing and the KMT have insisted that the formula is the reason why relations between the two sides developed positively over the past eight years.