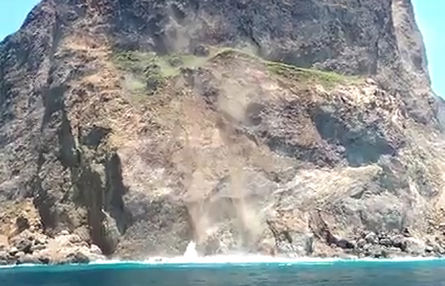 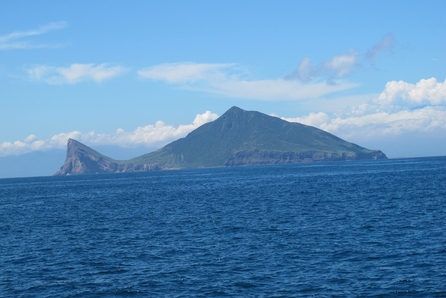 Rocks fell from a cliff face on the Turtle Island as a 5.6-magnitude quake hit off Taiwan’s northeast coast at 11:17 a.m. on Thursday.

The shocking scene was witnessed by all the crew members and tourists on a sightseeing boat cruising around the island at the time of the tremor.

A tour guide on the boat surnamed Chien was quoted by media as saying that the boat took 74 tourists to the island for sightseeing, and after they left the island, the boat was circling around the island to give passengers better views of the famous outlying island off the coast of Yilan from different angles.

Chien said as the boat was sailing to an area near the cliff at the "head" of the turtle-shaped island, he and many passengers received earthquake warning messages from their cell phones, and the skipper noticed that the propeller blades had caught something, and then they saw rocks falling from the face of the cliff before their eyes.

It was a shocking scene he and many passengers on the boat happened to capture with their cell phones and cameras, Chien said.