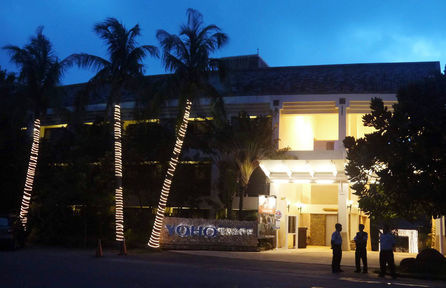 TAIPEI (Taiwan News) – A decision not to demand a new environmental impact assessment report for the contested Yoho Beach Resort and Club in Pingtung County was thrown out by a court in Kaohsiung Tuesday, handing a victory to local residents and activists.
The resort in the town of Hengchun’s popular Kenting area gained national notoriety in 2013, when the Environmental Protection Agency said the whole complex had been operating illegally for 11 years due to the absence of a proper environmental impact report.
The Pingtung County Government went on to “conditionally approve” an impact review and later ruled that no further second-phase report would be needed, as the resort posed no threat to the environment.
Environmental groups and local residents joined forces to demand those conclusions be rescinded, and their request was approved Tuesday by the High Administrative Court in Kaohsiung.
One of the issues has been the location of the 2-ha resort inside the Kenting National Park. It had also filed its application as an apartment complex, while in reality it functioned as a hotel.
From an environmental viewpoint, the distance of 30 meters between the buildings and a coral reef was also deemed a threat.
In May 2013, the EPA demanded that the national park management order a temporary closure of the resort, an unprecedented feat in Taiwan, reports stated at the time.
The later decision by the Pingtung County Government allowed Yoho Beach Resort to reopen with the condition it should make sure that it stopped all water pollution within three years.
Opponents accused the local government, business and academics of joining hands to sell out the environment.