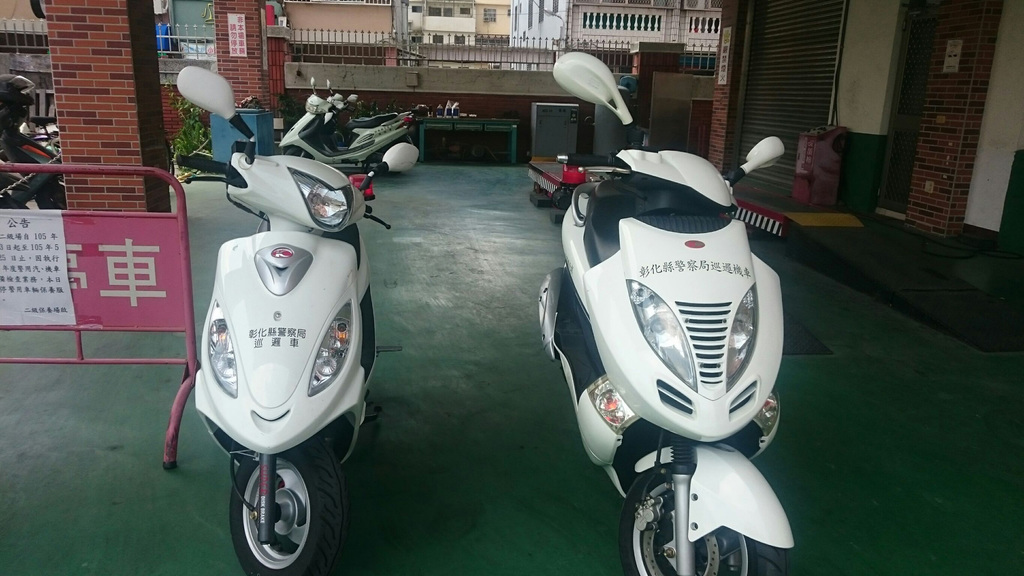 TAIPEI (Taiwan News) – The Changhua County police was reportedly upset Friday when one of its motorcycles turned up in a picture taken in a part of Iraq recently recaptured from terror group ISIS.
In a picture reportedly taken by The Associated Press in the Iraqi town of Ramadi, two men are seen riding a white motorcycle between the ruins. If one zooms in on the front of the vehicle, the Chinese characters for “Changhua County Police patrol motorcycle” reportedly become visible.
The police in the Central Taiwanese region said Friday that the motorcycle in question had been listed as scrapped. In future, such inscriptions will be covered or rubbed out, police said, while in the meantime a probe would be opened into the person responsible for the case.
The Changhua police began using 483 of the motorcycles in the picture in 2003, but many of them were taken out of service around 2014, with 358 being auctioned off. The remaining 125 were still being used around the county, police said.
A spokesman said there was no way to control what the buyers did with the motorcycles after the auction, but in future the police would first remove the characters written on the vehicles before the handover.
According to a report in the Chinese-language Apple Daily, Taiwanese vehicles show up in the most unlikely places. A green post office motorcycle had been converted into a three-wheel tuk-tuk in Cambodia, while a bus from the National Yunlin University of Science and Technology had been spotted in Afghanistan.