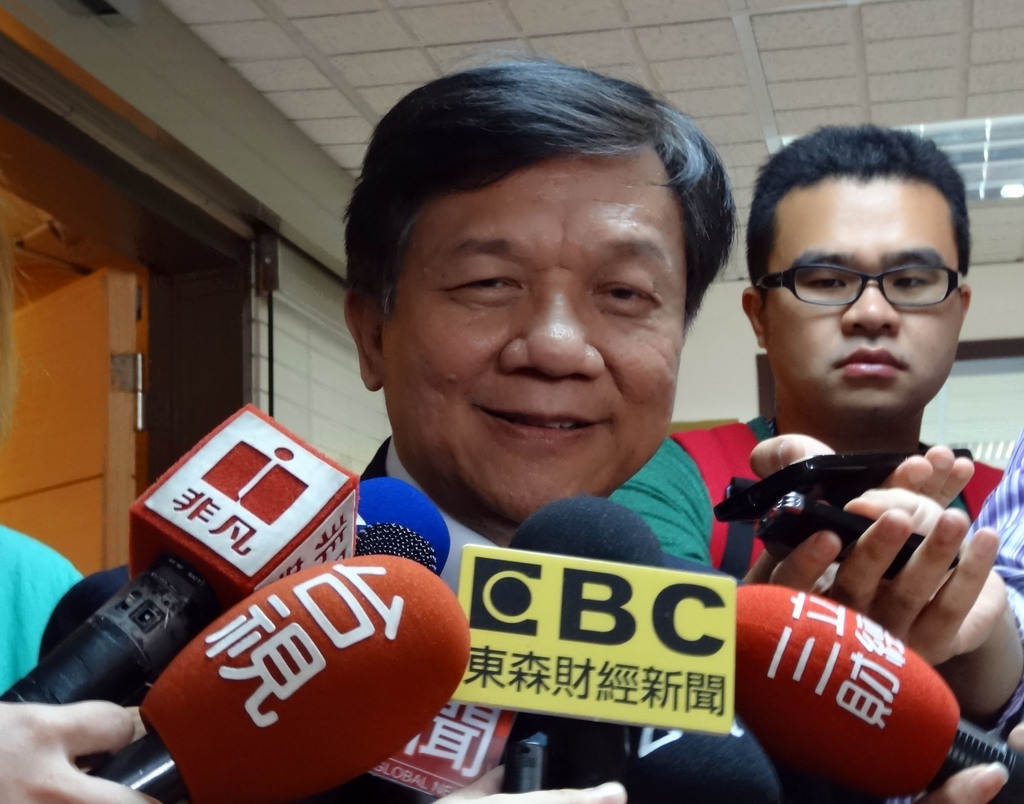 TAIPEI (Taiwan News) – Economics minister-designate Lee Chih-kung on Friday heard suggestions from the Chinese National Federation of Industries to improve Taiwan’s sputtering economy.
Lee, an engineering professor at National Taiwan University, will take office along with President-elect Tsai Ing-wen, Premier-designate Lin Chuan and the rest of the new administration on May 20.
CNFI Chairman Rock Hsu offered a list of six suggestions which he said the new government should bear in mind while pursuing an improvement of the economic situation.
He called on Lee not to neglect traditional industries such as steel and petrochemicals to focus only on fashionable new sectors such as biotechnology and green energy.
In addition to strengthening Taiwan’s production of solar energy, the government should also promote offshore wind power for a more complete energy policy, Hsu said.
The business leader also criticized the current use of environmental impact assessment reports, saying they often bore little connection to the actual development project.
The CNFI warned against what it called the “imbalance” in labor wages, with the cost for Taiwan’s employers now already higher than for its competitors in South Korea and Japan. Employers should not see their wage burden increase, according to Hsu.
He described Taiwan’s potential adhesion to the Trans-Pacific Partnership as a unique opportunity to reform the structure of the island’s economy. The competitiveness of Taiwanese business could be strengthened and the impact from TPP could be reduced if at the same time, the government could restructure the manufacturing sector, he said.
Commenting on Tsai’s proposal for a “New Southward Policy,” the CNFI chairman said the government should sign more trade agreements with other countries and strengthen the functioning of trade-related staff at overseas representative offices. Hsu named China, India, Southeast Asia and other newly developing economies as all equally important to Taiwan’s economic relations.