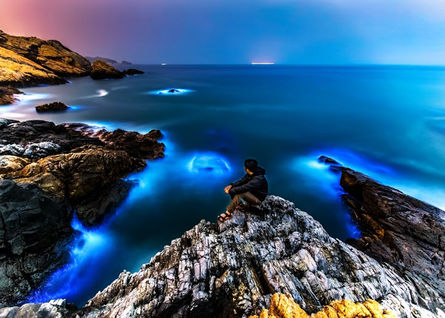 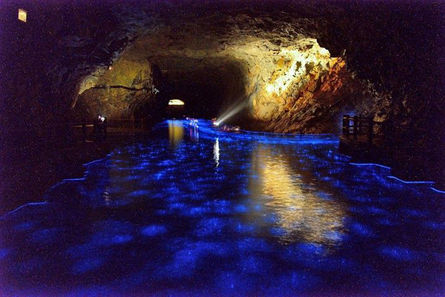 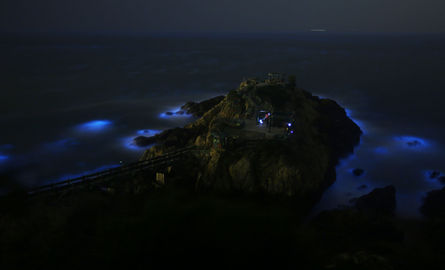 The "Blue Tears," the mysterious blue lights spotted along Taiwan’s outlying Matsu archipelago from April to September, have become a very important tourism resource for Matsu in recent years.

The Blue Tears were spotted along all Matsu’s islets on Monday night, including the Dongyin, Nangan and Beigan islets, according to the Blue Tears Facebook page (https://www.facebook.com/MatsuBluetear/ ) set up by the Lienchiang County government to announce up-to-date Blue Tears situations in each islet.

There are many theories on the cause of the glowing waters, but most people believe they are caused by certain algae called dinoflagellates, which produce a glowing light when the water they are living in is disturbed by motion.

The phenomenon of the Blue Tears has been reportedly named one of the 15 natural scenic wonders of the world by CNN and has continued to draw travelers from near and far to take in the breathtaking sight in recent years.

Tourists in pursuit of the Blue Tears are not always guaranteed to see them as there are factors affecting the sighting of the magical phenomenon.

These magical algae can best be seen in clear waters, away from light pollution, so the best spots are usually pitch-dark, reports said. It’s said that calmer ocean waters also allow for better views and that the ideal waves are under 20 inches high with no whitecap. According to reports, being in Nangan's North Sea Tunnel gives visitors “much higher chances” of seeing the Blue Tears than on the seashore although there is no 100 percent guaranteed sighting.

The Matsu National Scenic Area Administration said that the activities to spot the Blue Tears at night in the North Sea Tunnel had been launched on April 1. Any tourists who wish to see the dreamy Blue Tears can book in advance.