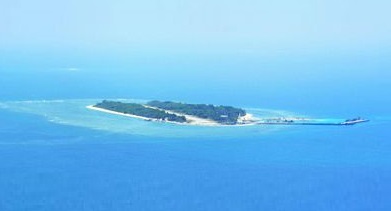 TAIPEI (Taiwan News) – Former premiers Hau Pei-tsun and Mao Chi-kuo will visit disputed Taiping Island in the South China Sea on Thursday, according to media reports.
The trip has been planned in order to underscore Taiwanese claims of sovereignty over the island, also known as Itu Aba, and several others in the area, where China, Vietnam, the Philippines and Taiwan have issued conflicting sovereignty claims. Last January, President Ma Ying-jeou himself visited Taiping Island, and in March the government organized a special trip for the international media to show that it is not just an atoll, but a real island, with an airport, a harbor and buildings.
In addition to Hau and Mao, the Coast Guard Administration was also inviting ex-Foreign Minister Jason Hu and former National Security Council secretary-generals Ding Mou-shih, Su Chi, Hu Wei-jen and Jason Yuan, reports said Tuesday.
The Coast Guard said it wanted to rely on advice from the experienced government members and security experts to help provide ideas for the strategy to protect Taiwan’s sovereignty over the island.
The group will travel to the island, which is 1,600 kilometers away but official forms part of Kaohsiung City, by plane. Hau, who is 96, was not expected to find the trip too challenging as he still swims five days a week and plays golf two days a week, reports said.