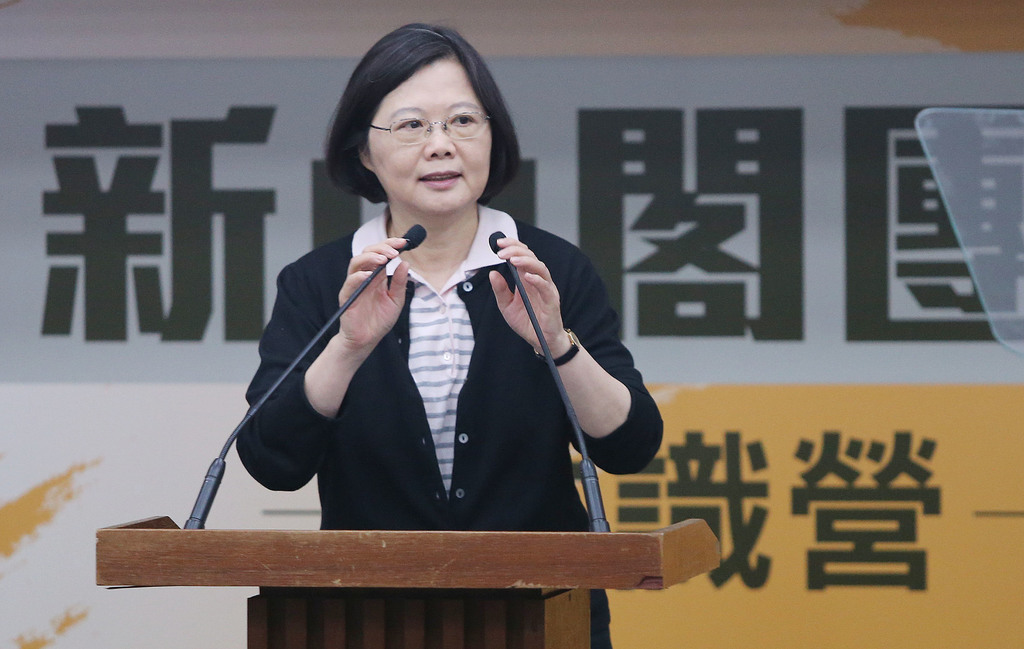 TAIPEI (Taiwan News) – President-elect Tsai Ing-wen on Saturday warned her prospective government members against wasting the team’s credit by making careless remarks.
She made the statement in an address to a “consensus camp” in Taipei City’s Yangmingshan area of her Premier-designate Lin Chuan with about 40 of the ministers and Cabinet members who will be sworn in on May 20.
Remarks by at least three of the members had to be countered by the prospective Cabinet leadership after they caused public unease.
“In the democratic era, eight years of accumulated effort can be undone by eight seconds of careless talk,” Tsai reportedly told her team, referring to the eight years she and her Democratic Progressive Party spent in opposition before winning last January’s elections.
She added that government ministers should follow the same “Three No’s” that she had always adhered to herself. First of all, politicians needed to be careful about what they said and use action to persuade their opponents rather than confrontational talk. Secondly, officials needed to listen to their subordinates, and thirdly, government members could not afford to lose touch with society, and interpret criticism from social groups as a force for change.
Tsai said the weekend’s “consensus camp” was not a training meeting for new students, but a work meeting to prepare to put the promises from the election campaign into reality.
With less than a month left until the inauguration, Tsai said that the review and criticism of the new government team had already begun. Building trust in a new Cabinet was difficult, and it could be destroyed in one moment, she warned.
Over the past few weeks, future Council of Agriculture Minister Tsao Chi-hung was panned for saying he might not be able to block imports of American pork with residues of the leanness drug ractopamine, while future Vice Foreign Minister Wu Chih-chung was also corrected for some statements about foreign policy he had published before being selected for the government.
The biggest controversy however was fired up by Chang Ching-sen, a future minister without portfolio, when he seemed to be denigrating the social movement against expropriations in an online remark. Chang went on to apologize, as he also faced strong criticism from DPP supporters. He was reportedly not present at Saturday’s event because of a trip to attend a meeting in the United States.