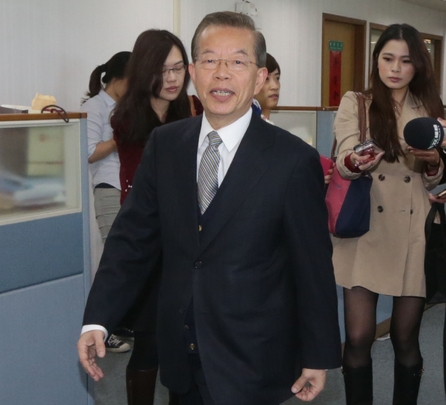 TAIPEI (Taiwan News) – Former Premier Frank Hsieh confirmed his posting as Taiwan’s representative to Japan by the next government, according to an interview published in the Japanese media Wednesday.
He accepted an invitation by President-elect Tsai Ing-wen, who valued relations with Tokyo, he told Japan’s Nihon Keizai Shimbun in an interview.
Hsieh said it would mean saying goodbye to almost 30 years of membership of the Democratic Progressive Party’s Central Standing Committee. Apart from premier, Hsieh has also served as mayor of Kaohsiung City, legislator and Taipei City councilor. He ran for vice president in 1996, at the first-ever direct presidential election, and for president in 2008 but lost both times.
He told Taiwanese reporters that he had admitted his appointment to Japanese media because they also had ways of obtaining information and because he wanted to start his relationship with them on a positive footing.
Hsieh said he had first been apprehensive about being posted overseas because of his long history at the CSC, the DPP organ which meets almost every Wednesday.
He studied law at Kyoto University in Japan and reportedly speaks fluent Japanese.
The news of his appointment comes at a moment of high tension in relations between Taiwan and Japan, after the latter detained a Taiwanese captain and his fishing trawler 150 nautical miles from Okinotori. Japan says the location, only 9 square meters large, is an island and therefore the 200-mile economic exclusion zone rule applies, but Taiwan only recognizes the spot as a reef, meaning the fishing vessel had every right to be there.