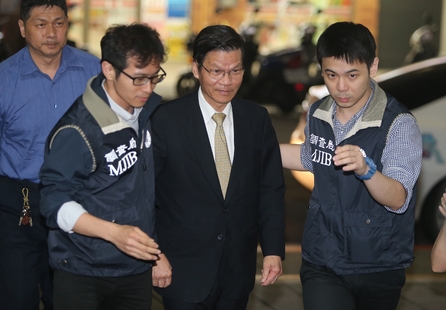 TAIPEI (Taiwan News) – Beleaguered Academia Sinica President Wong Chi-huey phoned to request a meeting with President Ma Ying-jeou without mentioning an offer of resignation, the Presidential Office said Friday.
The nation’s top academic has become embroiled in an alleged insider trading scandal surrounding the sale of shares in biotechnology firm OBI Pharma Inc. before news of failed tests emerged.
Wong, who also holds United States citizenship, was barred from leaving Taiwan after being listed as a defendant in cases involving corruption and breach of trust.
At 1:50 p.m. Friday, Wong phoned the president to apologize to him over the affair, while also expressing the hope he could soon meet Ma to explain the case, presidential spokesman Charles Chen told the media.
Wong did not mention any offers to resign, Chen said. Before returning to Taiwan from sick leave in the U.S. last week, the academic tendered his resignation to Ma twice, but the president turned him down, demanding he first explain the case to the Legislative Yuan. Since his questioning by prosecutors, pressure has been mounting on Wong to resign, however.
The president reportedly agreed to Wong’s request for a meeting, but since his schedule for the weekend was already full, it could take place on Monday April 25 at the earliest, reports said.
Wong’s problems center on the sale by his daughter of shares in OBI Pharma shortly before the company’s announcement of the negative trial results for a cancer drug. He only later acknowledged he had given the shares to his daughter, an artist, which could open him up to an investigation for tax evasion as well.
He has however repeatedly denied he was aware of the test results when he sold the shares, an action he undertook on the advice of a stockbroker, according to Wong.
OBI Pharma Chairman Michael Chang and CEO Amy Huang have also been listed as defendants, while tycoon Samuel Yin was questioned as a witness in the case, which is turning into the biggest scandal in the Academia Sinica’s history.