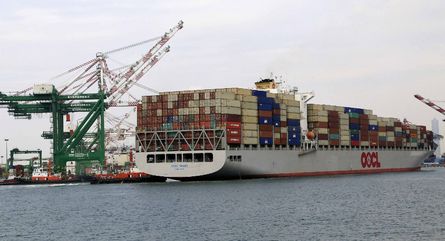 Taiwan’s export orders, totaling US$36.62 billion in March, fell 4.7 percent from a year earlier, marking the 12th consecutive month of decline that levels the period recorded during the global financial crisis of 2008–2009, the Ministry of Economic Affairs (MOEA) announced on Wednesday.

Export orders in the first quarter declined 8.3 percent from the same period last year to US$98.48 billion, according to MOEA statistics.

The ministry attributed the worse than expected orders to lackluster sales of iPhoneSE that had affected related supply chains in Taiwan.

Export orders have contracted since April last year, according to MOEA statistics.

Chinese National Association of Industry and Commerce chairman Lin Por-fong gave a grim outlook to Taiwan’s economy, saying that he did not expect Taiwan’s economy to turn any better this year.