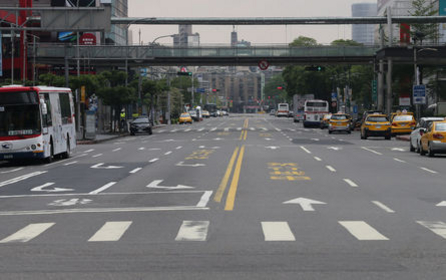 Wan An Exercise to be staged in northern TW Monday

Taipei, April 18 (CNA) People are advised to stay off the road and inside a building when the annual Wan An Exercise kicks off in northern Taiwan at 1:30 p.m. Monday.

The half-hour exercise will take place in Taipei, New Taipei, Taoyuan; Yilan and Hsinchu counties; and Keelung and Hsinchu cities. A similar drill will be held in Tainan, Kaoshiung and Pingtung April 21.

A long siren of 15 seconds and two short ones of five seconds each will be sounded, three times, to signal the beginning of the drill. A 90-second long siren will lift the drill.

If a real air raid happens during that time, the exercise will immediately be called off and changed into an "air raid" mode through an emergency siren. High-speed trains, regular trains, mass rapid transit trains and buses on express ways will keep running, as are landings and taking- offs of air flights.

But passengers getting off the trains, buses or airplanes must stay indoors for the remainder of the exercise, the National Police Agency said.

The exercise is held to mobilize members of the public as part of a training program to boost their abilities to react to an emergency. (By Lee Ming-tsung and S.C. Chang)