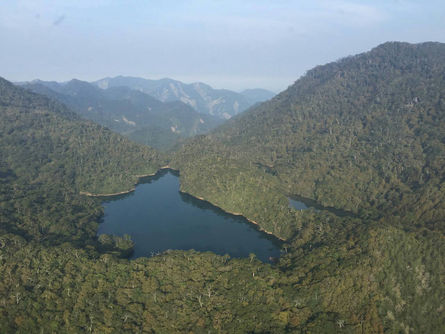 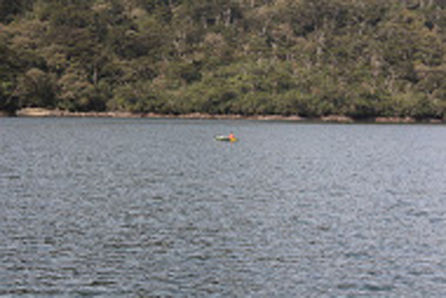 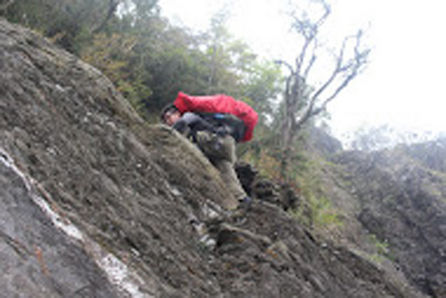 The Pingtung Forest District Office said on Thursday that a large-scale ecological investigation on the Great Ghost Lake, located on the border of Taitung County and Pingtung County, had just been completed.

The Great Ghost Lake, which is regarded by the Lukai tribe as a sacred place, is the deepest natural high mountain lake in Taiwan, and difficult to reach due to the dangerous terrain.

The area where the Great Ghost Lake and the Little Ghost Lake are situated has great biological diversity and has been proclaimed as an important resting environment for wild animals.

Forests are diverse and plants well grown in this area as high elevation and diverse climate have combined to create favorable growing environments for different plants. Remarkably, the area has a well-kept primitive forest of East Asia’s tallest tree—Taiwania cryptomerioides.

The office said the Great Ghost Lake, located 2,180 meters above sea level, has an area of 39 hectares and consists of three lakes of different sizes. The main lake, about 250 meters wide and 650 meters long with depth being estimated at between 34 meters to 40 meters, is the deepest high mountain lake in Taiwan.

As this area has dangerous terrain and is the habitat of the snake in the tribal legend of “Princess Baleng,” which is about marriage between a chief’s daughter and a snake, Lukai people have serious reservations about going to the area.

Legend has it that travelers entering the Great Ghost Lake had better not talk loudly lest they should startle local divinities and incur tragic accidents.

As a single trip to the lake will take at least three days, very few mountain climbers have headed for that place.

The office said three large-scale forest investigations and three animal investigations on this area have been conducted since 1994, but this newly-completed one by a National Chiayi University team and the office, is the first comprehensive investigation that combined animals and plants, including forests, wetlands, insects, birds, aquatic life and hydrographic data. Workers had also rowed a rubber boat to the center of the lake and used sonar equipment to officially measure the depth of the lake, the office said.

As it is difficult for staff of the Pingtung Forest District Office to go there during regular time, the office had also organized a team to go along with the university team.

A total of more than 20 people from the two teams set out for the expedition that took 10 days and required climbing along ropes at several dangerous stretches, the office said, adding the task had just been completed and the results were being compiled.