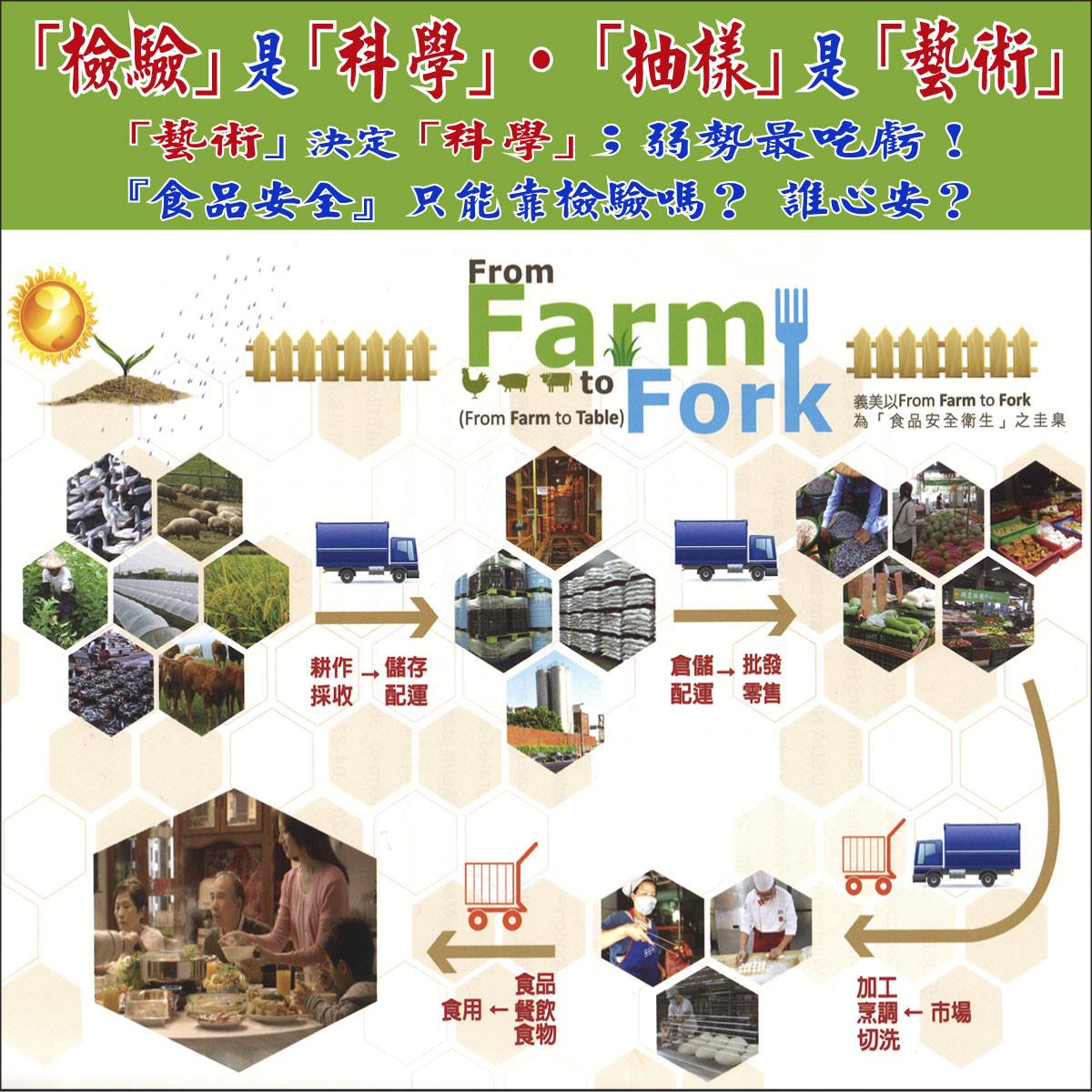 I-Mei Foods Co general manager Luis Ko, who has been championing the cause of food safety, has questioned on his Facebook page the validity of the government’s focus on implementing food inspections and tests to safeguard the country’s food safety.

As the technology of testing has achieved many breakthroughs, the precision of tests has increased by a thousand fold from parts per million (ppm) to parts per billion (ppb) to ppt (parts per trillion), Ko said, adding that the precision is undeniable.

However, samples come before tests, and samples are usually only a few hectograms, Ko said. So how to obtain a few hectograms of, say, grains or grease, from a huge storage silo of more than 1,000 metric tons, has become an ‘art,’ he said.

From which part of the silo, which usually measures more than 10 meters in diameter and in height, should samples be taken--from the top layer or the bottom layer, from the center or from the side? Ko asked.

Scientific test data are unquestionable, but the art of sampling could be tricky and judgmental, Ko said. The fact that laws and regulations accept scientific evidence, but cannot regulate the judgment of sampling is regrettable, he added.

Ko argued that while the powerful and wealthy can afford to “play with the art” in this game, underprivileged businesses, consumers and farmers are bound to take a beating.