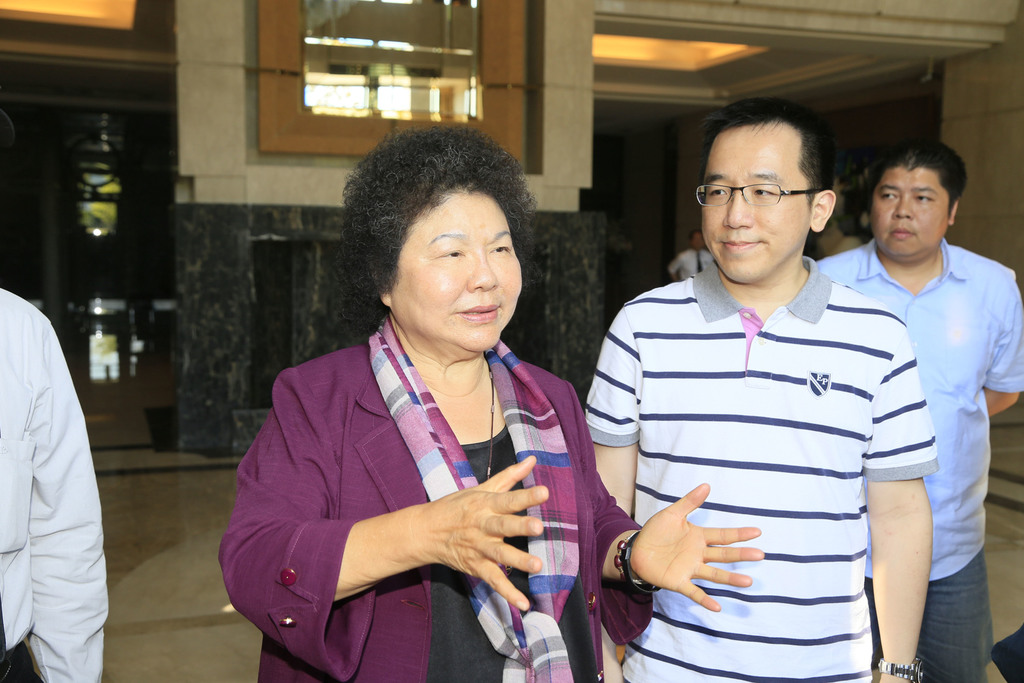 TAIPEI (Taiwan News) – Vice President-elect Chen Chien-jen visited ex-President Chen Shui-bian Friday afternoon after Kaohsiung City Mayor Chen Chu called for a pardon for the former head of state, who was sentenced to 20 years in prison for corruption.
The retired president, who ran the country from 2000 to 2008, left prison on medical parole in January last year after six years in detention and has since been living in Kaohsiung with his family. The new vice president, who will take office on May 20, visited him at home for an hour in the company of the mayor, reports said.
While the three politicians happen to share the same surname, they are not related.
Mayor Chen Chu lent her support Friday morning to a motion from local Democratic Progressive Party city councilors to ask President Ma Ying-jeou to pardon the former president, who once was his toughest rival.
Ma defeated Chen in 1998 as the latter tried to be elected to a second term as mayor of Taipei City. Ten years later, as Chen ended his second and final term as president, Ma was elected head of state.
Mayor Chen Chu said Friday a pardon for the former president would promote social harmony and reconciliation in Taiwan. After the visit, she said he did not say much and did not discuss politics.
Reacting to the calls for a pardon, the ex-president’s son, Chen Chih-chung, said in an online piece that it would not be enough, and that the restoration of his health, his reputation and his freedom were issues that his relatives were paying even more attention to.
The Presidential Office said that a pardon would usually be considered after verdicts in an individual’s legal problems were final, but that was not the case with Ma’s predecessor.
As Chen left office, he and several members of his family became caught in a web of allegations surrounding money laundering, favoritism, bribes and influence peddling.
The former president and his supporters have claimed that many of the accusations were false and part of a political vendetta by his long-time opponents in the Kuomintang.
Chen was the first-ever president from the DPP, with current party chairperson Tsai Ing-wen only the second one. She is scheduled to be sworn in with her running mate Chen Chien-jen as president and vice president respectively on May 20.