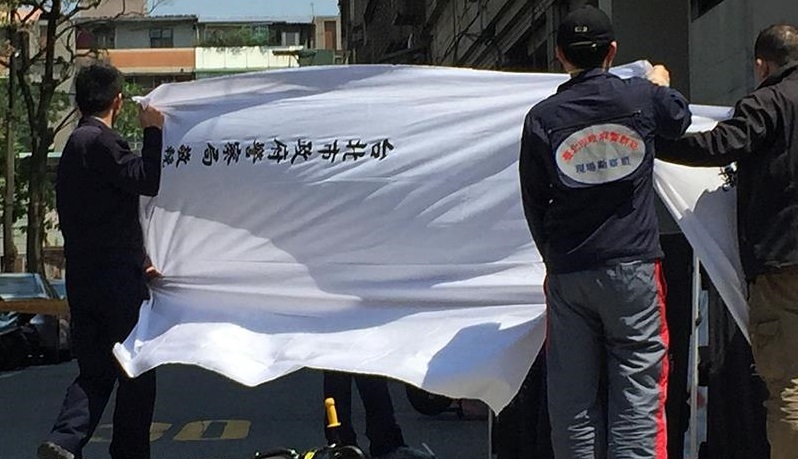 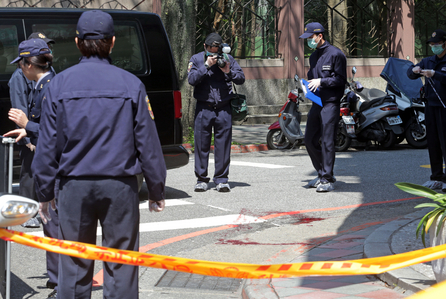 A four-year-old girl brutally beheaded by a man

On Monday morning a four-year-old girl was attacked randomly and beheaded by a man surnamed Wang, who was arrested by the police at the crime scene and was said to have medical records at a public psychiatric hospital.

Taipei City Fire Department received a report sometime after 11 AM that a four-year-old girl was dead after being beheaded by a 33-year-old man at an empty lot located on Huanshan Road in Neihu District, Taipei City.

Yang Kun-ming, head of investigation at Taipei City Police Department’s Neihu Precinct, said that the little girl was attacked by the man while she was riding a strider bike with her mother on the street. The man kept chopping the girl’s neck from the back with a cleaver, and the brutal act caused the girl to die instantly as her head was severed from her body, Yang said.

The child's mother, who was in shock after witnessing the incident, told the meida while trying hard to suppress her emotions that when the suspect appeared near her daughter, she thought he was trying to help the child because her bike had stuck a bit at that point.

The tearful mother said that she later saw the suspect chopping at her daughter with a knife and that she tried to stop him but couldn't as he was stronger and losing his mind.

Passersby and residents of the area subdued the attacker and called the police, who arrested the man when they arrived on the scene, Yang said, adding that police were still trying to determine the man's motive.

The mother and her husband were later seen kneeling beside the body of their daughter, choking with sobs.

The mother said that she and her child were on their way to a metro station in Neihu District to meet other family members including the child's younger brother and sister.

The suspect was brought to the nearby Xihu Police Station for questioning.

Initial investigation showed that Wang has medical records at the Songde Branch of the Taipei City Hospital, which is a public psychiatric hospital, but Wang does not have a government-issued disability card, the police said.

The hospital confirmed that the suspect had sought treatment there once in 2014, but added that it does not prove he has a mental illness. At the time, the man admitted to taking drugs, but a drug test came up negative, the hospital said.

It said further investigation would be required to find out whether the man had sought psychiatric treatment elsewhere.

As the crime happened near lunch time, many people gathered at the crime scene, which caused the traffic to jam at one time.

Taipei City Government spokesman Sidney Lin said this serious crime on Monday morning had been reported to Mayor Ko Wen-je, who had asked the TCPD to investigate and report the update to the public at an appropriate time.