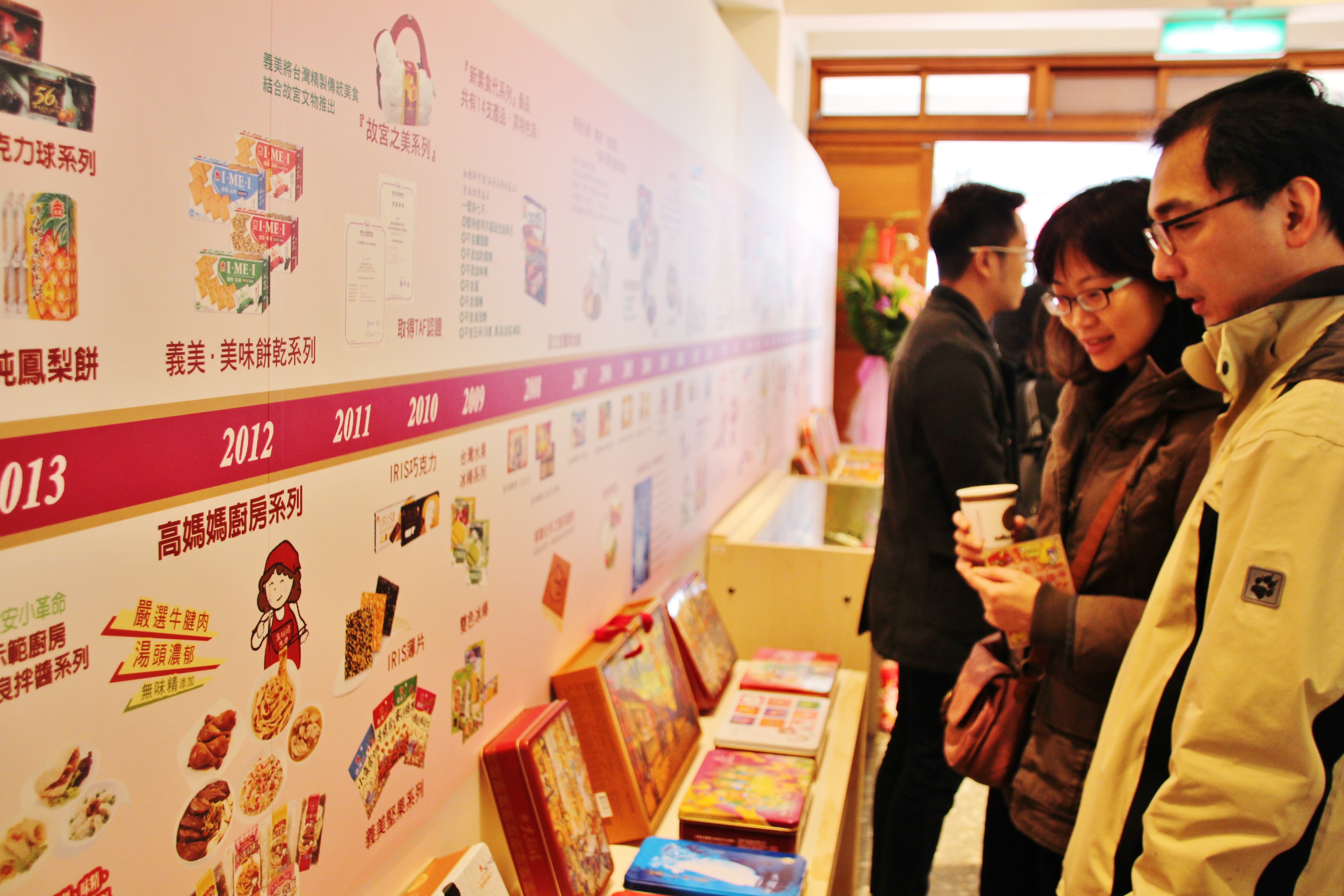 I-Mei looks back at 82 years of history

TAIPEI (Taiwan News) – Taiwanese food producer I-Mei Foods Co., Ltd. marked its 82nd anniversary Saturday with the opening of a special exhibition.
The company transformed itself from a food subcontractor to become Taiwan’s foremost quality food producer, with a reputation that came strengthened out of the relentless assault of food safety scandals hitting the country over the past few years.
In cooperation with the Chiang Wei-shui Foundation, I-Mei Foods opened an exhibition about its history at the URS27W Film Range, the location of its original headquarters in Taipei City’s Dadaocheng area. The show gave an impression of its founding and of the long road the company has traveled since, while it also reflected the spirit of earnestness and integrity of Taiwanese enterprise.
Walking into the exhibition was like entering a time machine, with a prominent display of old food processing machinery and landmark company products, including metal wafer boxes. Visitors took pictures of the food products, which reminded them of the favorite snacks of their youth.
I-Mei’s original store on Dadaocheng’s Yanping North Road used to be the site of the Da An Hospital founded by early Taiwanese democracy leader Chiang Wei-shui. During the Japanese era, the location also played a key role in the distribution of the most influential Taiwanese newspaper of the time, the Taiwan Min Bao.
I-Mei General Manager Luis Ko said at the opening of the exhibition that his grandfather, Ko Fan-wang, leased the old site of Chiang’s Da An Hospital in 1933 to found the “I-Mei Shop,” using the reputation of his food business to realize the Taiwan spirit, inheriting and continuing Chiang’s protection of the Taiwan spirit.
Ko emphasized the close connection between I-Mei and Dadaocheng, because in addition to having originated there, the company also shares the local area’s fighting spirit. He said he hoped to take this opportunity to spread Chiang Wei-shui’s Taiwan spirit and he believed that Taiwan’s future will be even better than its present. It was even more important that even more young people could dare to voice their opinions about society and pass on Taiwan’s fighting spirit, Ko said.