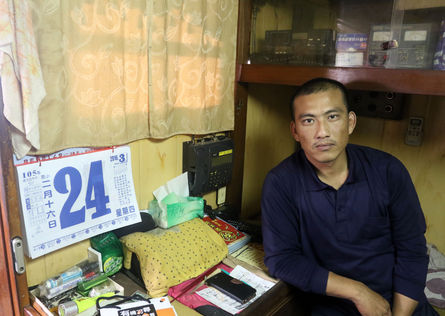 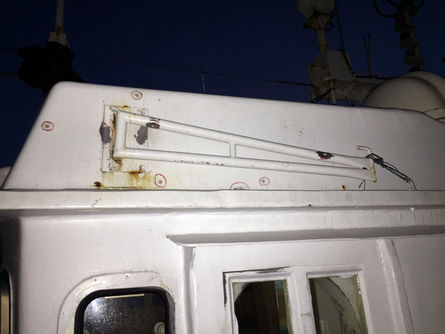 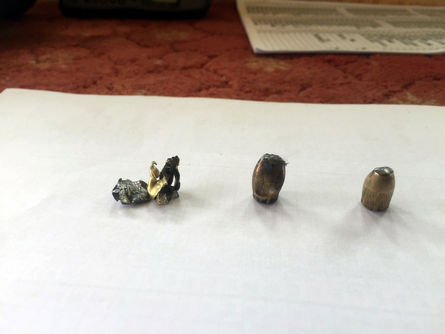 Good to be back alive: skipper of attacked boat

The skipper of the “Sheng Te Tsai,” one of the Taiwanese fishing boats fired upon by Indonesian vessels on March 21 while sailing through the Strait of Malacca en route to Singapore, recalled the incident on Thursday, saying, “It is not bad to be back alive.”

Lin Nan-yang, who hadn’t slept for three days, said after arriving in Singapore that at the time of the incident, he saw an Indonesian boat, coded “2084,” sailing alongside his steering room, and on the boat was a solider wearing a camouflage outfit and holding a rifle.

The Indonesian boat was later confirmed by Indonesian authorities as an official vessel.

Lin said he didn’t know what the man wanted or hear any request to stop his boat until he heard a barrage of shots. Only then did he realize his boat was being shot at.

Lin said he squatted down intuitively beside a closet in the captain’s cabin and heard the whizzing of the flying bullets, not daring to take a look at the outside.

Lin said that his boat was covered with bullet holes. “[They said] it’s warning, but the bullets were fired directly at the steering room,” which could have easily killed people, Lin said. He has kept several of the fired bullets.

Lin also denied that his boat was fishing illegally in Indonesian waters, saying that it was around 3 or 4 o’clock in the morning and the boat was heading towards Singapore. Not a single person on the deck at that time, how could it was fishing, he added.

Lin also showed their catches that filled the ship's hold to prove that they did not need to fish at that time.

Meanwhile, the owner of the Sheng Te Tsai has requested Indonesian authorities to apologize, pay the damages and punish the offender.

The fishing boat left Pingtung County in late November last year and had been working in the Indian Ocean.