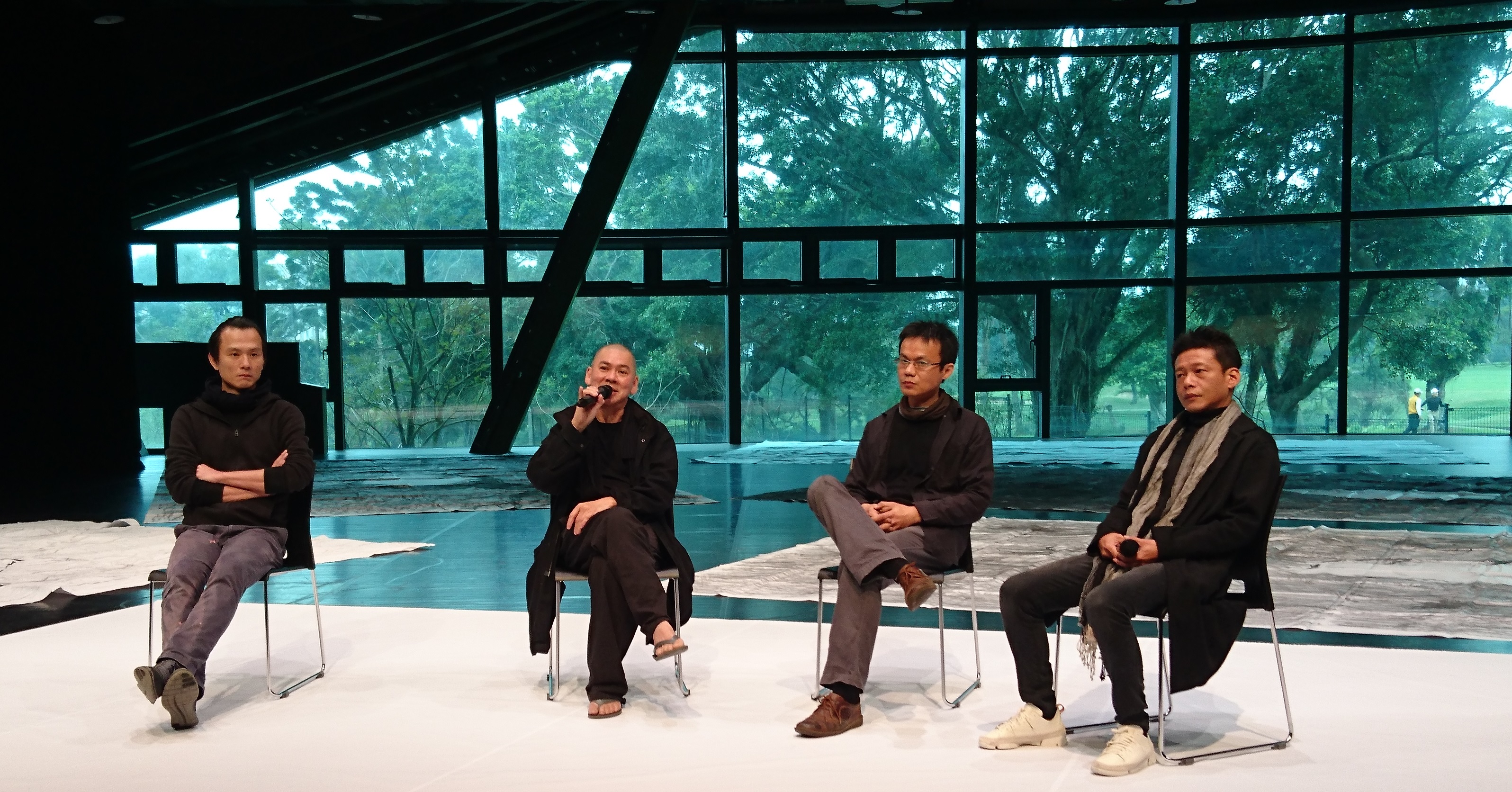 "The Monk from Tang Dynasty," an accredited theatre piece, will be performed "for the last time" at Cloud Gate Theatre in Tamsui, New Taipei City from April 22 to April 24. "The Monk from Tang Dynasty" was first showcased in Kunstenfestivaldesarts, Vienna Art Fair, Taipei Art Fair, and Kwangjin International Art Fair in 2014, which received overwhelmingly positive feedback. "Another exquisite, snail-paced cinematic perambulation from Tsai Ming-liang and Lee Kang-sheng," wrote Variety on May 13, 2014. "The Monk from Tang Dynasty" is a slow, silent performance built around the figure of Xuanzang, a 7th-century Buddhist monk from China. We follow Xuanzang on a seventeen-year pilgrimage along the Silk Road, and learn of his encounters along the way. The hypnotic movements are a symbol of loneliness and longing in a hyper-realistic world. In the dichotomy between slow humans and volatile city, the director turns our gaze back to the present time. During the performance, Director Tsai Ming-liang allows the audience to walk around the set and follows the progress of the story freely. Additionally, Tsai wants to use as much natural lighting as possible, thus, the performances at Cloud Gate Theatre on the three days will start at 4:30pm into the sunsets. Tsai wants the audience to watch the performance while basking in nature. For actor Lee Kuang-sheng, he views his performance as zen. "The performance requires perseverance and high concentration of energy. I had a minor stroke when we went on the tour in Europe in 2014. Although I have recovered 80%, I still suffer from the neck problem, thus, it's a mental and physical for me to do the show. It might be my last time playing as Xuanzang," said Lee. Tsai emphasizes on the presence of time in "Journey to the West." He wants the audience to see time with a new perspective; "people are so busy in the modern society, they can hardly stop to feel time," said Lee. "The Monk from Tang Dynasty" is slow with only an actor, a big piece of paper and the artist Kao Jun-honn. It transcends installation art, theatre and painting and bring them together into the performance. Please go to the website for tickets and information.