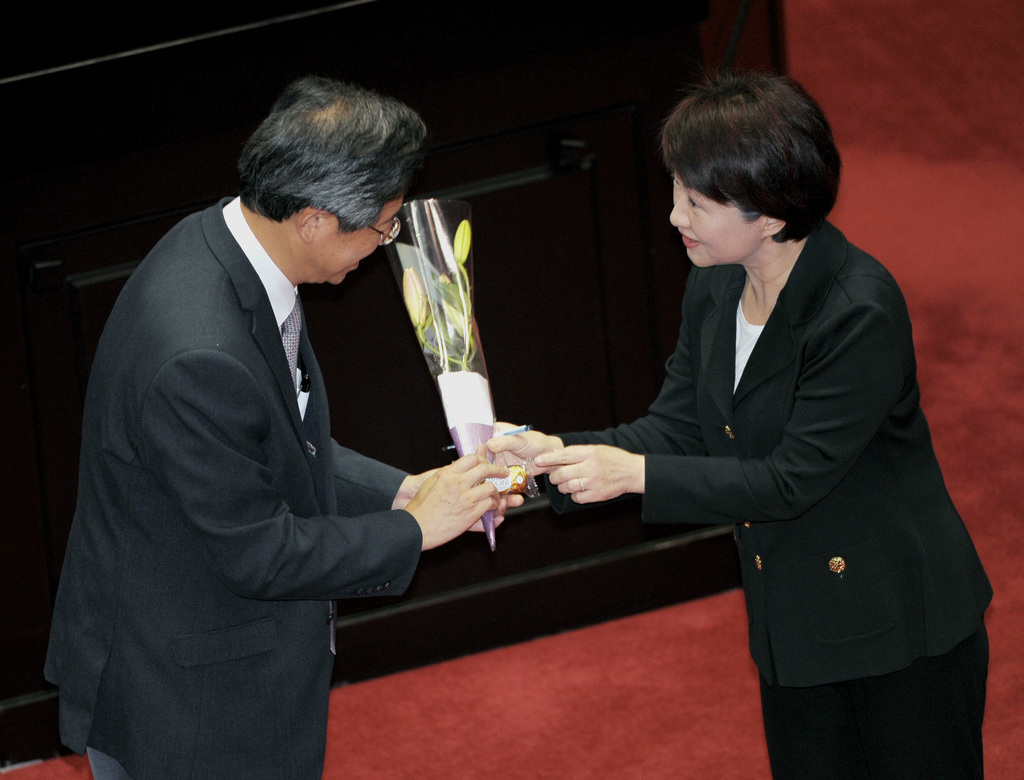 TAIPEI (Taiwan News) – Premier Simon Chang faced his final day of regular question-and-answer sessions with lawmakers Tuesday before he leaves office next May 20.
As a result of the January 16 presidential and legislative elections, the majority at the Legislature has already been taken over by the Democratic Progressive Party, but the party’s chairwoman, President-elect Tsai Ing-wen, won’t be sworn in until May 20. On that day, her close adviser, former Finance Minister Lin Chuan, is also scheduled to take office as Chang’s successor.
Talking to reports about his last day of questioning by lawmakers, he said it was tiring to have to stand and he had been facing lots of questions, but after he left office, he would certainly think back to this time.
Asked about the reported purchase of farm land in Hualien County, Chang said his wife already owned two plots of land, but that he had bought one, not as an investment, but to go and spend more time there once he had left politics.
Chang also commented on China’s opposition to Taiwan’s attempt at joining Interpol, the International Criminal Police Organization. Last week, US President Barack Obama signed a bill passed by Congress which requires the government to develop a strategy to help Taiwan win observer status at international organizations like Interpol.
Tsai was hoping that China showed some goodwill toward Taiwan, but its opposition to the Interpol plan was clearly not a show of goodwill, leading people to lose hope, Chang reportedly said.
The former Acer and Google manager became premier only last February 1, after his predecessor, Mao Chi-kuo, left office following the January election defeat for the Kuomintang.