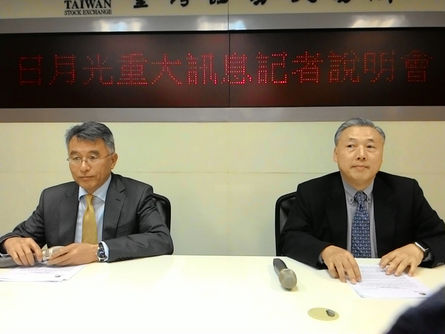 TAIPEI (Taiwan News) – A takeover bid by Advanced Semiconductor Engineering Co. for Siliconware Precision Industries Co. had effectively failed after the government’s Fair Trade Commission failed to give its views on the deal Wednesday, just one day before the official deadline.
SPIL, the world’s third-largest integrated circuit packaging and testing company, has been the target of a takeover battle for months, with Chinese involvement also playing a part.
In order to ward off advances from ASE, the world’s biggest chip packager and tester, SPIL management has sought support from tycoon Terry Gou’s Hon Hai Precision Industry Co., Ltd. and, more controversially, from China’s Tsinghua Unigroup Inc.
March 17 was the deadline for the ASE offer, but the FTC’s inability to reach a decision for or against has in effect ended the present stage of the process and sunk ASE’s takeover plans, reports said.
The FTC said at its Wednesday morning meeting that too many questions had been left unanswered about the planned transaction and that further research was necessary before a decision could be announced. The Legislative Yuan demanded that the FTC hold two hearings on the issue by April 15, a process which was still continuing, according to a commission spokesman.
The chip packager and tester acquired 24.99 percent of SPIL shares last October, with the current tender offer targeting a further 24.71 percent. With conditions for the takeover not met, ASE will have to return the shares to SPIL investors within five working days after the March 17 deadline.