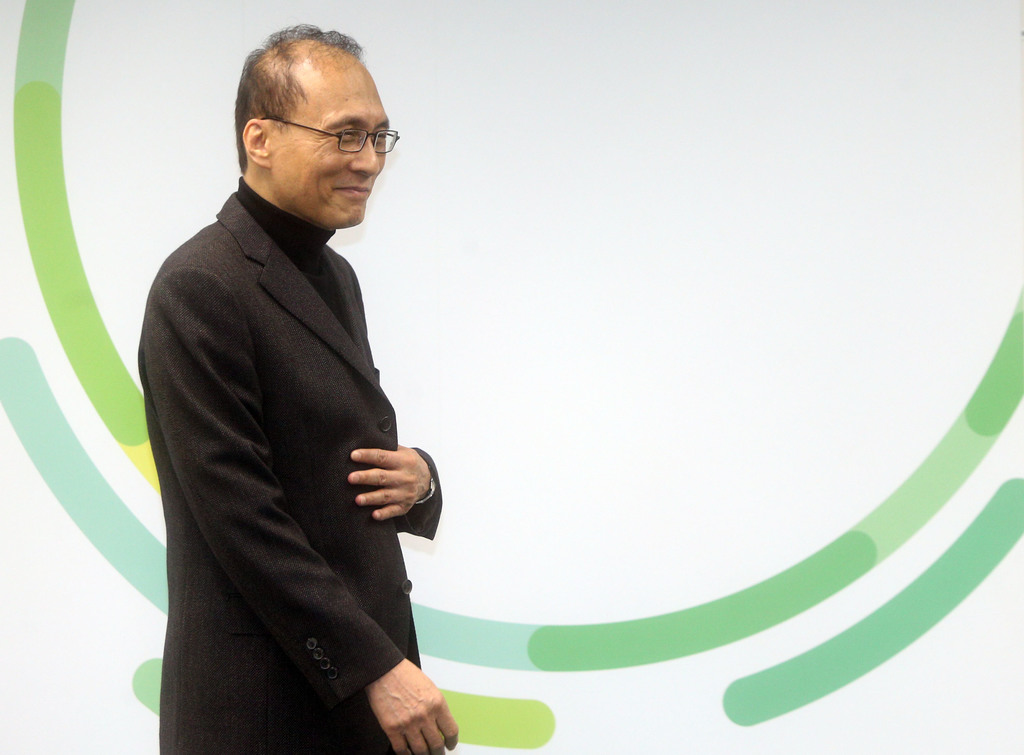 Lin Chuan (林全), the man who was named Tuesday by President-elect Tsai Ing-wen (蔡英文) to be premier in her incoming administration on May 20, started his career as a scholar, but has since served in various key government posts, as well as in the corporate world.

Lin, 64, earned a doctorate in economics from the University of Illinois, Urbana-Champaign, and taught in universities before serving in public office.

He is known for his famous punch line "speaking of money, I have none; speaking of life, I have one" during his term as head of the Directorate-General of Budget, Accounting and Statistics between 2000 and 2002, when he pushed to adjust the allocation of the central government tax revenues.

Lin was described by legislators back then as someone who was "gentle, polite, yet stands firm."

Under the Chen Shui-bian (陳水扁) administration, there were frequent changes of the finance minister, but Lin served for the longest period in that post -- between late 2002 and early 2006 -- during which time he pushed for financial and tax reforms and accomplished the minimum tax system.

A civic group, the Pan-Purple Coalition, called Lin the only finance minister who did not step down because of his pushing for reforms.

But the financial reforms were also controversial, mainly because of graft on the part of then-President Chen related to the merging of financial institutions.

In the corporate world, Lin served as board chairman of Vanguard International Semiconductor Corp.(世界先進), and is currently a member of the board of directors at TTY Biopharm Company (東洋製藥) and Pharma Engine (智擎生技), as well as serving as an independent member of the board directors of Inotera Memories Inc. (華亞科), Pegatron Corp.(和碩), and Casetek Holdings (鎧勝).

In an appearance at a news conference with Tsai Tuesday, Lin said that after Tsai won overwhelmingly in the Jan. 16 presidential election, he told her that his "career plan did not include a return to public office."

But Tsai obviously has persuaded him to change his mind, because a bond of mutual trust and understanding has been formed between them after years of working together.

Tsai also credits him with good communication skills and knowledge about her ideals for running the country.

Lin is chief executive officer of the New Frontier Foundation, a think tank chaired by Tsai, and played a major role in her presidential campaign.

Tsai revealed, however, that they don't always see eye to eye on everything, saying that "we sometimes quarrel, but will be able to reach a consensus in the end.

"The post of the premier belongs to no one but him," Tsai said.

Commenting on reports that his possible lineup of the Cabinet will be a return of the team of the disgraced Chen Shui-bian, Lin said that "I wish the public would not label the incoming Cabinet as such."

He said that the Democratic Progressive Party has only governing experience under Chen, adding that the party, while in power, did nurture a lot of excellent people.

If people think that because Chen Shui-bian lost power after eight years in office, then all those who served in the Cabinet were bad, "that is biased," he said.

People should be considered based on their own merits, Lin said.

He would neither confirm nor deny a reported Cabinet lineup, saying only that it will be revealed in due time.

Lin told the media "not to ambush him on the road" to try to get advance news or call him at home.

Lin has two daughters from his first marriage, which ended quietly. He married Wu Pei-ling (吳佩凌), one of his students at National Chengchi University and later his secretary, in 2002.

Wu, 19 years his junior, is bright and vivacious, and has been termed the "most unassuming wife of a government official" by the media.

In 2004, then-Premier Yu Shyi-kun (游鍚堃) hosted a banquet for wives of Cabinet members at his official residence, and Wu impressed the media by riding a bicycle to the party.