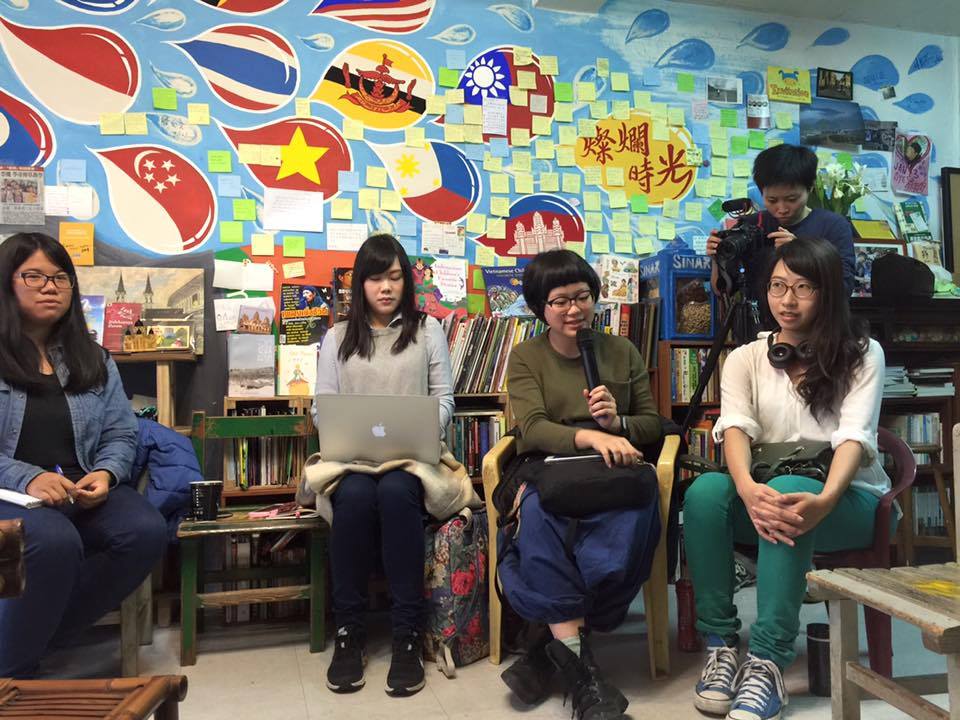 Located on the southeast side of China, west side of the Pacific Ocean, Japan to the northeast, and the Philippines to the south, Taiwan plays a significant role as a bridge between Asian countries, while many immigrants decided to settle on the island. However, like other multicultural states, migrants’ voices tend to be diminished under the local strong culture, and asked to “blend in” with the local culture, ending up feeling timid in expressing their thoughts and cultural background, and gradually losing their original identity.

To increase a sense of participation among new immigrants, the Brilliant Time bookstore is organizing a literature workshop named ”Our mother’s story,” hoping the Taiwan-born immigrant descendants will become more acquainted with their origins and promulgate a sense of pride in their heritage, while crediting their mothers for finding a home away from home in Taiwan.
The Brilliant Time has invited a number of esteemed biographers and history experts as lecturers, through which it hopes to promote the growing interaction between local and Southeast Asian writers.

Liao Yu-zhang, the lecturer on the intro class, quoted Brazilian educator Paulo Freire, “Let the oppressed develop their own language and words to describe the world, that is the basic condition of liberation.” Liao said that by reading and writing, migrant workers and foreign spouses are able to achieve their self-liberation.

The Brilliant Time’s Founder and CEO Chang Zhen indicated that by holding the Taiwan Literature Award for Migrants, they realized that most migrant workers are eager to express their sufferings, feelings and thoughts. They also received a lot of letters written in the back of the calendars, which shows how strong they wanted to be heard.

However, different from the migrant workers, the new immigrants not only carry their native background, but also considered part of Taiwan due to their new identity, which means they’d have more to think about while expressing their own ideas. The Brilliant Time bookstore hopes to cultivate the Taiwan-born immigrant descendants to speak up for their mothers and tell the stories from the firsthand feelings and thoughts, and not to rely on the media to spread the secondhand information, but let the new immigrants take back the power of speech.

Migrant literature and migrant workers' literature have become a chapter in Taiwanese literature. ”Our mother’s story” is not only the life story of those foreign spouses, but also part of Taiwanese history. By holding the workshop, Founder and CEO of The Brilliant Time Chang Zhen hopes to nurture self-esteem and confidence among Taiwan-born immigrant descendants by compiling their family stories instead of being timid in telling them and ending up being “sinicized.”