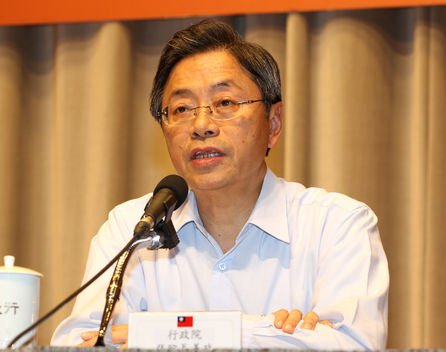 TAIPEI (Taiwan News) – Premier Simon Chang said Tuesday he wanted to locate about 1,000 confidential documents that had reportedly gone missing.
His statement at the Legislative Yuan followed the controversy over the allegedly illegal search by military police of the home of a man who had been planning to sell old classified documents online. The case touched off accusations of a throwback to the White Terror era under Martial Law.
Chang responded to reports Tuesday that at least 1,000 such documents might have leaked. The Ministry of National Defense should go and locate those documents, but the proper method had to be used to find them and return them to government custody, the premier said.
Democratic Progressive Party lawmaker Chen Chi-mai said the government should organize the return of confidential files, including those concerning the 228 Incident, to the national archives where they could serve as a basis for righting historic wrongs in the future.
Chang agreed, saying that it was basically inappropriate for official documents to be kept by outsiders. The problem was which body should be in charge of locating and taking back the files, since this also affected the investigators, the premier said.
Chen emphasized the importance of old files to learn to understand past incidents and controversies, while also aiding to restore the reputation of wrongly accused innocent individuals.