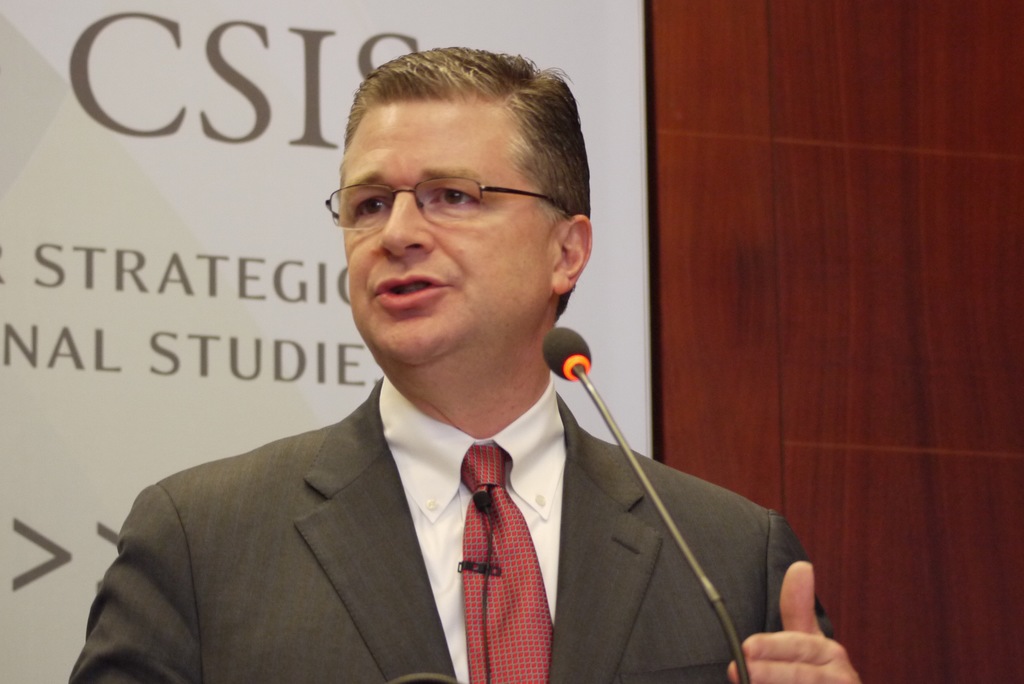 U.S. repeats calls for China to be flexible in cross-strait ties

Washington, Feb. 26 (CNA) A senior White House official on Friday reiterated U.S. calls for China to show flexibility in its relations with Taiwan but did not comment on the latest remarks by Chinese Foreign Minister Wang Yi that were seen by some in Taiwan as conciliatory.

He said, however, that he was not aware of what the Chinese foreign minister had said.

Kritenbrink was responding to Taiwanese reporters' questions after Wang referred to the constitution of Republic of China (ROC, Taiwan) and said that China hopes Taiwan's President-elect Tsai Ing-wen will stick to the constitution, something Tsai has pledged to do.

Tsai is due to be sworn in on May 20, when her pro-independence Democratic Progressive Party (DPP) will form a government for the second time. Tensions often ran high in the Taiwan Strait when the DPP's President Chen Shui-bian was in power from 2000 to 2008.

"She is elected on the basis of the current constitution of Taiwan, which still recognizes the mainland and Taiwan as one, the same China," Wang said earlier in the week during a visit to Washington.

"It will be difficult to imagine that someone who is elected on the basis of that constitution should try to do anything in violation of Taiwan's own constitution," he said.

In addition to a rare reference to the ROC Constitution, Wang's remarks were seen as conciliatory in Taiwan primarily because he did not mention the so-called 1992 consensus, which has been a mantra for Chinese officials who want to see the tacit agreement from 24 years ago retained as a basis for warm relations between China and Taiwan.

Under the 1992 consensus, both sides agree that there is only one China, with each side free to define its meaning.

Tsai has so far refused to adopt the formula but has instead promised to maintain the status quo under the framework of the ROC Constitution and not to provoke Beijing. She has also pledged to pursue good relations with China. In response to Wang's comments, Taiwan's Mainland Affairs Council (MAC), the government agency responsible for China policy, said Friday that it welcomed the move by China to face the ROC Constitution in a practical manner.

The MAC, however, emphasized that the Taiwan government will never accept Beijing's "one China" principle.

Tung Chen-yuan, a professor at National Chengchi University, said Wang's use of the word "constitution" to some extent showed China's goodwill.

The comments also indicated that Beijing is adjusting its attitude, no longer insists on the term "1992 consensus," and is willing to establish a new basis for cross-strait political interaction with the new DPP government, Tung said.

The incoming DPP administration will have to adequately respond to the change of China's stance to create a new model of cross-strait interaction that is conducive to peaceful development and prosperity, he added.

Tung was deputy head of the Mainland Affairs Council under the Chen administration. (By Rita Cheng and Jay Chen)