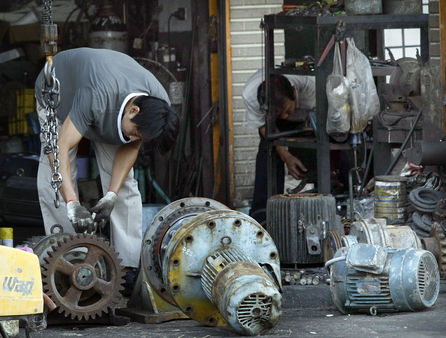 Taiwan’s manufacturing output dropped 10.84 percent in 2015 to NT$12.86 trillion, the biggest decline since the 2009 global financial crisis, according to the Ministry of Economic Affairs (MOEA) Tuesday.

The MOEA released its latest statistics on the output value of the manufacturing sector in the fourth quarter of last year on Tuesday, which suggested a 14.94 percent decline year-on-year to NT$3.09 trillion.

Weak demand for consumer electronics and the inventory adjustment of semiconductor are said to be the reasons accounting for the decline in the electronic component industry, in which the output value dropped 11.84 percent.

Department of Statistics Deputy Director-General Yang Kuei-hsien, noted that the output value of Taiwan’s manufacturing sector last year hit the lowest point in six years due to the lack of driving forces in the global economy, especially in the second half of the year. In addition, the continuous fall in international oil and steel prices, as well as weak demand for consumer electronics also accounted for the decline.