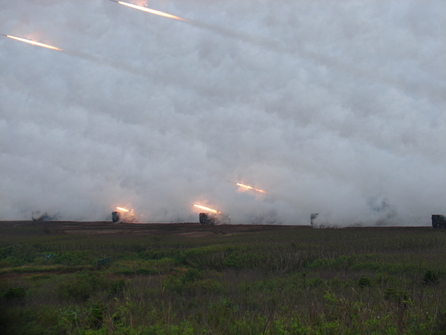 The position of Taiwan’s military not to develop nuclear weapons stays unchanged, the Ministry of National Defense (MND) said on Sunday in response to a report by The Diplomat on the previous day that said declassified documents show the U.S. stifled Taiwan’s efforts to acquire nuclear technology with possible weapons applications 40 years ago.

The United States government has, for the first time, declassified in full documents that shed insight into Taiwan’s work on nuclear technology with possible weapons applications in the late 1970s, the online magazine report says.

“The newly declassified documents reveal that in September 1976, a few months before Carter entered office, Taiwan and the United States came to an agreement that sought to shut down Taipei’s nuclear program for good. Chiang Ching-kuo, the Taiwanese president at the time, pledged that Taiwan would not develop facilities to reprocess spent fuel. This came after the International Atomic Energy Agency (IAEA) had discovered Taiwanese attempts to produce weapons-grade plutonium and enrich uranium,” the report says.

The Republic of China (Taiwan) has clearly declared that the country’s military will abide by international conventions and government policies by abstaining from producing, developing, acquiring, stocking and using nuclear, biological and chemical weapons, and the position will remain unchanged, the MND said in a press release Sunday.