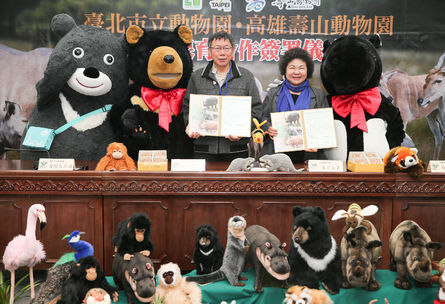 Kaohsiung Mayor Chen Chu applauded the Cabinet for deciding not to implement special legal articles or special budgets in the aftermath of the Tainan earthquake, reports said Wednesday.

The central government announced on Tuesday that a NT$500 million fund would be allocated to meet emergency needs, and that reconstruction efforts could smart immediately.

Chu, who attended the signing ceremony of an animal conservation cooperation agreement between the Taipei City Zoo and Kaohsiung’s Shoushan Zoo in the morning, credited Premier Simon Chang for expediting the reconstruction efforts in Tainan.

“Although we did not receive equal treatment from the central government during Kaohsiung’s gas explosion over a year ago, I’m still happy to know that it has been quick to respond to Tainan’s needs,” she said, citing that the government has made a lot of progress in terms of efficiency.

When asked if she would be willing to succeed Chang as Premier after President-elect Tsai Ing-wen’s presidential inauguration in May, Chu told reporters that she has no plans to quit her responsibility as Kaohsiung mayor, urging the local media to refrain from funneling speculations.

“This notion never cropped up on my mind. Please don’t ask me again,” she responded.