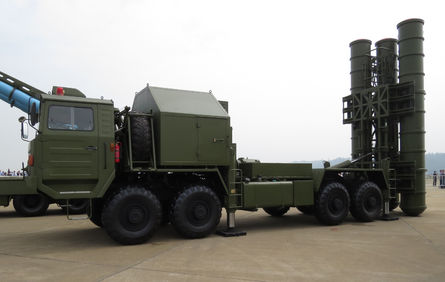 Taiwan’s Ministry of National Defense (MND) will pay close attention to developments of China’s missile deployment on one of the contested islands in the South China Sea, a defense ministry official said on Wednesday.

In an exclusive report, Fox News cited the imagery from ImageSat International (ISI) to show two batteries of eight surface-to-air missile launchers as well as a radar system have been deployed on Woody Island, part of the Paracel Island chain in the South China Sea. Woody Island is also claimed by Taiwan and Vietnam.

A U.S. official confirmed the accuracy of the photos, saying the imagery appears to show the HQ-9 air defense system, which has a range of 125 miles.

In view of China’s continuous military deployment in the South China Sea, MND spokesperson David Lo said all claimants should jointly maintain peace in the region and avoid taking unilateral actions to ramp up tensions.

In the past two years, China has built over 3,000 acres of territory atop seven reefs in the area. There are a total of three runways built on three of the artificial islands.