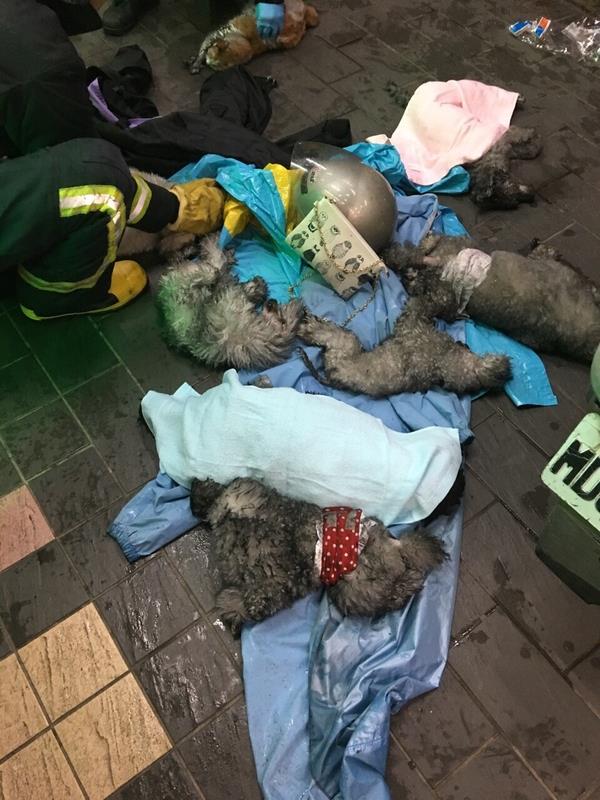 A fire broke out at the Taipei Society for the Prevention of Cruelty to Animals (SPCA) around 10pm on February 1. Two cats and 24 dogs were found dead at the scene. Some people who went to help out at the SPCA suspected that the organization was practicing illegal breeding for there were 60 poodles in the basement and some of them were devocalized. The volunteers who work in the Taipei SPCA refute the allegations on Wednesday, February 3.

Some whistleblowers told the press on February 2 that the workers of Taipei SPCA did not allow the public to enter the basement. The fire department said the fire started in the basement but it did not spread to the first floor, where the cats were living. However, according to the number released by the fire department, it does not match with the data calculated by the whistleblowers. There were total of 49 cats, 2 of them died in the fire, 1 is missing, 14 is now back in the pound.

As for dogs, there were 35 dogs in total, 24 of them died in the fire, 2 are still in the hospital, and 9 of them are now back in the pound.

Taipei SPCA explained that the basement was rent out to the SPCA chairman’s dog grooming classroom and all the poodles were used as practice tools for students who are taking grooming classes. They declared that Taipei SPCA does not own any dogs, they only have recued cats.

The police are now investigating the pound and if any illegal breeding is found, the Taipei SPCA would be fined.