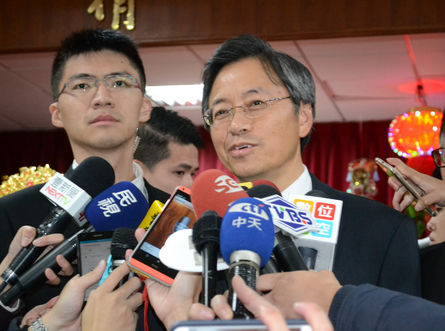 Before the negotiations began, Su thanked them for their visit, informing local reporters that details of the discussion will be disclosed in a post-press conference later in the day.

The visiting delegation also included members of the New Power Party, the People First Party, and the Kuomintang.

The conference room was opened briefly for journalists to pose questions and take pictures before the closed-door discussion.

Officials of the two government branches were holding talks to discuss future collaboration and policy addresses as the new government prepares to take function.