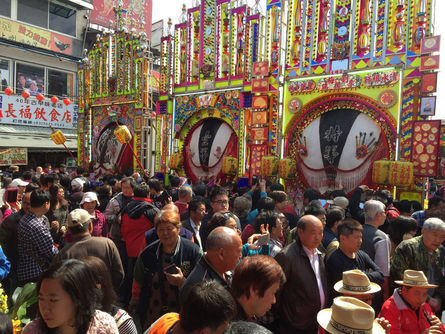 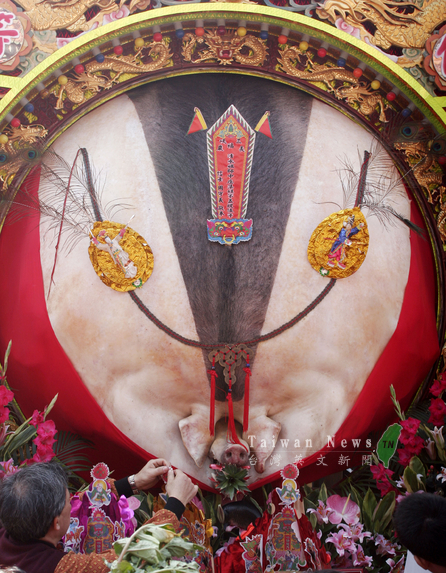 Animal cruelty and cultural traditions often spark heated debates in the society. Each year, as the ‘Holy Pig’ festival approaches, many animal rights organizations in Taiwan publicly criticized the grotesque practice of the festival.

The annual ritual, protested by activists as inhumane, celebrates the birthday of the Chinese deity Zushi. The festival will be held in a square outside the temple of Zushi in the northern district of Sanhsia, on February 13. In the days of yore, the festival was held in all temples of Zushi across the nation. ‘Holy Pig’ festival consists of competition among pig farmers to see who can raise the largest pig. The bodies of pigs are displayed upside down in colorful vans. “The pigs are presented to show our gratitude and respect to the god Zushi,” an employee of the temple told the press. After the festival, the carcasses will be taken home and the meat distributed among relatives and neighbors.

Chu Tseng-hung, the chairman of Environment & Animal Society of Taiwan protests strongly against this cultural event. “Farmers have adopted inhumane methods to force-feed pigs to increase their weight. The space of the pig is limited and the method of pig-killing is horrendous.” On the festival, the worshipers will hang the ‘holy pig’ upside down and pierce a long knife through the pig’s throat. The pig will struggle and died of excessive bleeding.

Lee Kai-jui, the first-prize winner of the 2015 contest, said that “holding this kind of ritual helps bring people together. Consolidation has been critical to an immigrant society like Taiwan over hundreds of years.” The defender of the festival argued that people should respect different cultures and they should be more open to diversity within the society.
The Ministry of Agriculture said the animal welfare laws are a grey area when it comes to religious rituals. Although the law states that farm animals must be unconscious before they are butchered, religious rituals are exempt from the animal welfare laws. The government encourages a more creative approach to the ‘holy pig’ festival. Some temples use rice or noodles to make a 1000 pounds ‘holy pig’ instead of the real pig.

“More and more youngsters believe that the size of the ‘holy pig’ is irrelevant to the sincerity of the worshippers. We should phase out this custom and use a more humane and creative approach,” said a worker from a temple at Fulin township, Hualien.