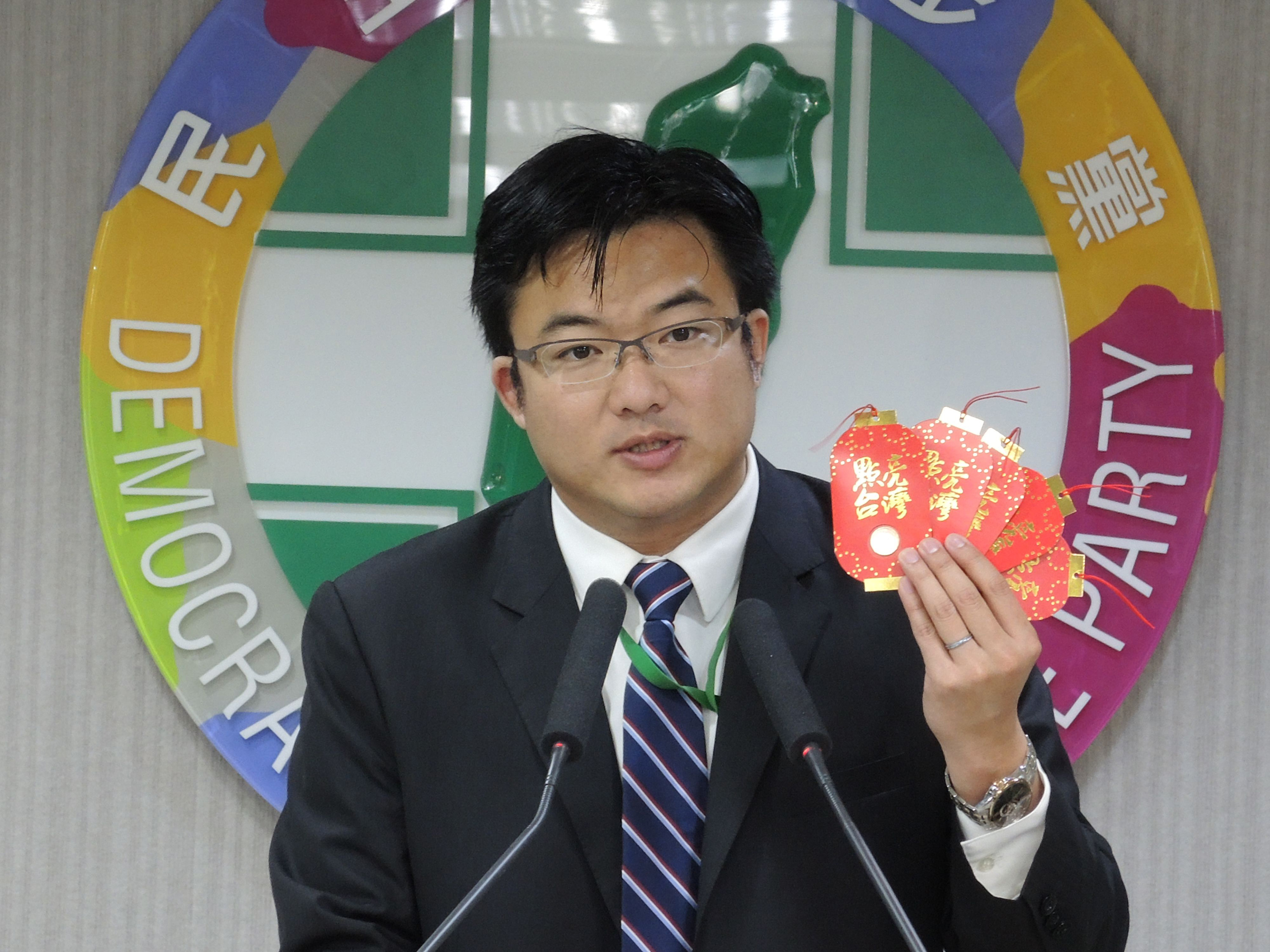 Tsai to give out 'red envelopes' during New Year

Democratic Progressive Party (DPP) announced Tuesday the locations in which the DPP Chairwoman and President-elect, Tsai Ing-wen, will be giving out “red envelopes” during the Chinese New Year.

The lantern-shaped red envelopes containing one dollar will be given as a symbolic gesture to “light up Taiwan” and wish for a bright new year.

The DPP spokesperson Yang Chia-liang, said Tuesday that on the first day of the New Year Tsai will visit temples in Taipei, New Taipei, and Taoyuan City to pray for a good year as well as give out red envelopes while there; on the second day, she will head to Fengyuan in Taichung, Miaoli, and Hsinchu; the third day she will be in Yunlin, Chiayi, and the fourth day in Pingtung, Kaohsiung, and Tainan City, according to media reports.

On the other hand, the Vice president–elect as well as a regular church-goer, Chen Chien-jen, will visit the Holy Family Church in Taipei on the first day of the Chinese New Year, and the Pingtung Evangelical Church on the second. He will also be giving out red envelopes in Yilan and Hualien County during the New Year holidays.

It has been a tradition for Taiwan’s politicians to give out red envelopes during Lunar New Year since the administration of former President Lee Teng-hui, which is meant to show that they are with the people.