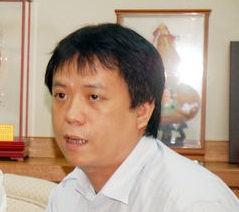 The Democratic Progressive Party will hold a workshop for incoming legislators after Lunar New Year to discuss priority policies as well as controversial policies of the caretaker government, a DPP official said on Sunday.

The DPP will become a majority in the new legislature when it is sworn in on Feb. 1.

The DPP’s caucus and policy committee will hold a legislator workshop for incoming legislators after Lunar New Year when the party’s caucus and each committee have decided on their members, DPP Policy Committee deputy executive director Shih Keh-he said Sunday.

All legislators are invited to attend the workshop, which will focus on discussions of rules and operations of the legislature, priority bills, major policy proposals introduced during the presidential and legislative election campaign, as well as controversial policies of the caretaker government.

In addition to political bills such as the presidential transition act draft and bills related to legislative reform, the DPP is also making a list of bills related to livelihood, residence, and long-term care, Shih said.