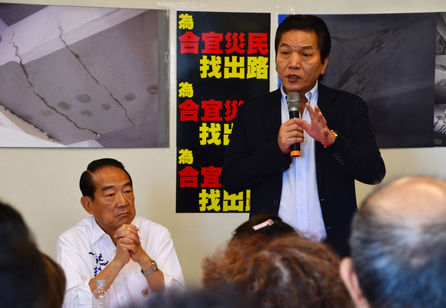 PFP remains mum on its choice of LY speaker

The People First Party pointed out that the new legislative speaker must remain neutral and not be at the whim of any political party, reports said Sunday.

“We expect the New Power Party to root for Su and Tsai,” PFP legislator-at-large Lee Hung-chun said, responding to questions posed by local reporters in the morning that his party will support a legislative speaker who adheres by strict neutrality.

On a previous report, Su and Tsai have both made visits to NPP legislators-elect Huang Kuo-chang and Freddy Lim, including NPP legislator-at-large-elect Hsu Yung-ming on Friday to discuss policies regarding new government reforms.

“The NPP believes that Su and Tsai will honor their pledge to remain impartial in future policy-making decisions within the legislature if they be elected,” Huang affirmed.

The proposals are part of the DPP's wider plans for legislative reform, which were presented during its campaign in the run up to the Jan. 16 presidential and legislative elections.

The new legislature will be sworn in on Monday and President-elect Tsai Ing-wen is scheduled to take office on May 20.