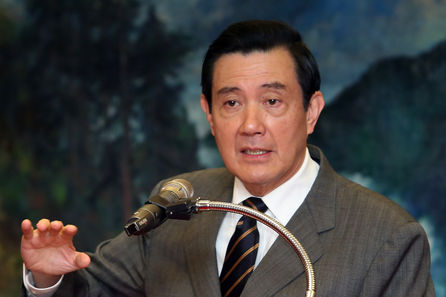 TAIPEI (Taiwan News) – The Kuomintang’s crushing defeat in the January 16 presidential and legislative elections can be blamed on the party chairmen President Ma Ying-jeou and Eric Liluan Chu, outspoken lawmaker Alex Tsai wrote online Saturday.
In addition to losing the presidency, the KMT also saw its majority at the Legislative Yuan disappear for the first time ever.
Tsai said the real reason for the defeat was that the party had been led by two consecutive party chairmen who had a high opinion of themselves but little leadership ability. The two talked about little else than reform, but what most needed reform was their own capabilities, Tsai wrote.
He did not mention any names, but media commentators said he meant Ma and Chu. Ma resigned from the KMT chairmanship to take responsibility for the defeat in the November 2014 local and regional elections, when the party was left with only six out of 23 city mayors and county magistrates.
Chu was elected to succeed him, but he first denied he would ever run for president, before doing so by replacing Legislative Vice Speaker Hung Hsiu-chu as the official candidate. He lost with 31 percent of the vote, opposed to 56 percent for Democratic Progressive Party Chairwoman Tsai Ing-wen.
If the members and supporters of the KMT failed to see that the chairmen had been the problem in the election, then only heaven knew how long the party would remain in intensive care, Alex Tsai wrote Saturday.
The lawmaker managed KMT candidate Sean Lien’s 2014 campaign for mayor of Taipei City and regularly surfaced with attacks against the DPP’s Tsai during the presidential campaign. He was not a candidate in the most recent legislative election.
Responding to Tsai’s criticisms, Hung, who is one of five candidates running for the KMT chair, recommended collective leadership as the solution.
KMT members will elect the new chairperson on March 26.