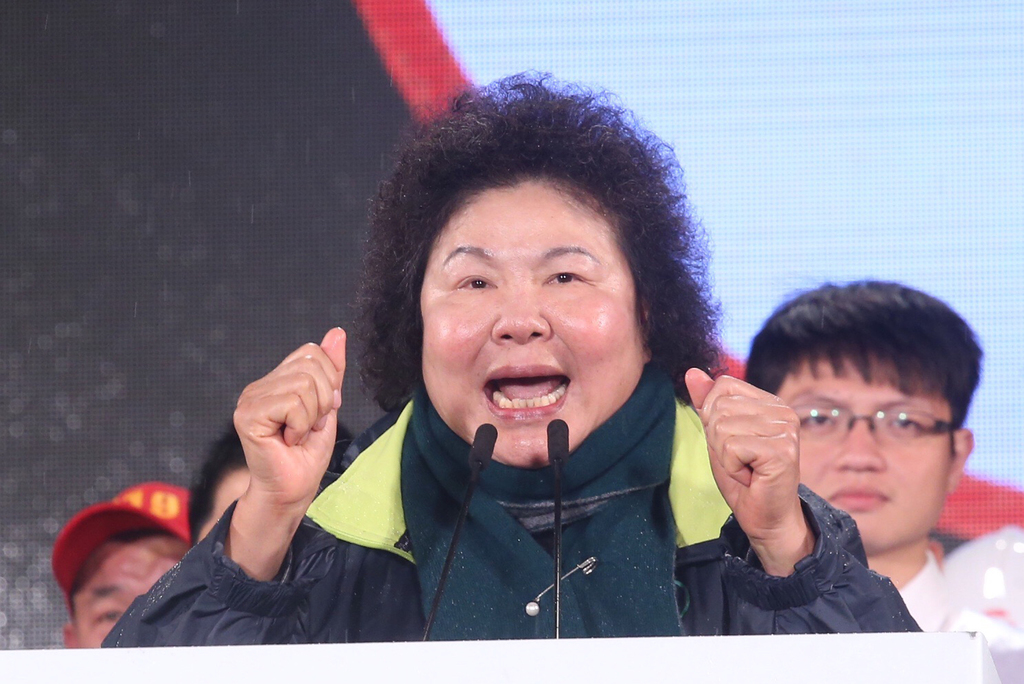 TAIPEI (Taiwan News) – As speculation raged about appointments to the new government, Kaohsiung Mayor Chen Chu looked likely to succeed President-elect Tsai Ing-wen as chairwoman of the Democratic Progressive Party, reports said Saturday.
Tsai will be sworn in as president on May 20, while the new 113-member Legislative Yuan takes office on Monday. The landslide victory for the DPP in both elections on January 16 will lead to a wholesale change in staffing for the nation’s top political positions.
The DPP has already named former Interior Minister Su Jia-chyuan as its candidate for legislative speaker and lawmaker Tsai Chi-chang as his running mate. Since the party holds a comfortable majority with 68 seats, the duo are expected to win without problems.
Even though there are no signs yet that the president-elect plans to leave the leadership of the DPP, media reports have started naming Chen Chu as her most likely successor.
The mayor of Kaohsiung has been extremely popular, and as official head of Tsai’s presidential campaign, she can share some of the glory for that success, reports said. Most legislative seats in the southern part of Taiwan, including Kaohsiung, were also won by DPP candidates.
However, Chen’s name has also been mentioned as a possible premier to lead the first Cabinet under Tsai’s administration.
The president-elect could also continue to serve as DPP chairperson, since there is no law or regulation barring such a combination. Previous presidents Chen Shui-bian and Ma Ying-jeou served at least part of their time in office as chairman of the DPP and the Kuomintang respectively.
A recent opinion poll showed more than 50 percent of the public saying Tsai should not continue as chairperson beyond May 20, and she herself was not intending to combine both positions because she wanted to focus on government reform work, reports said.