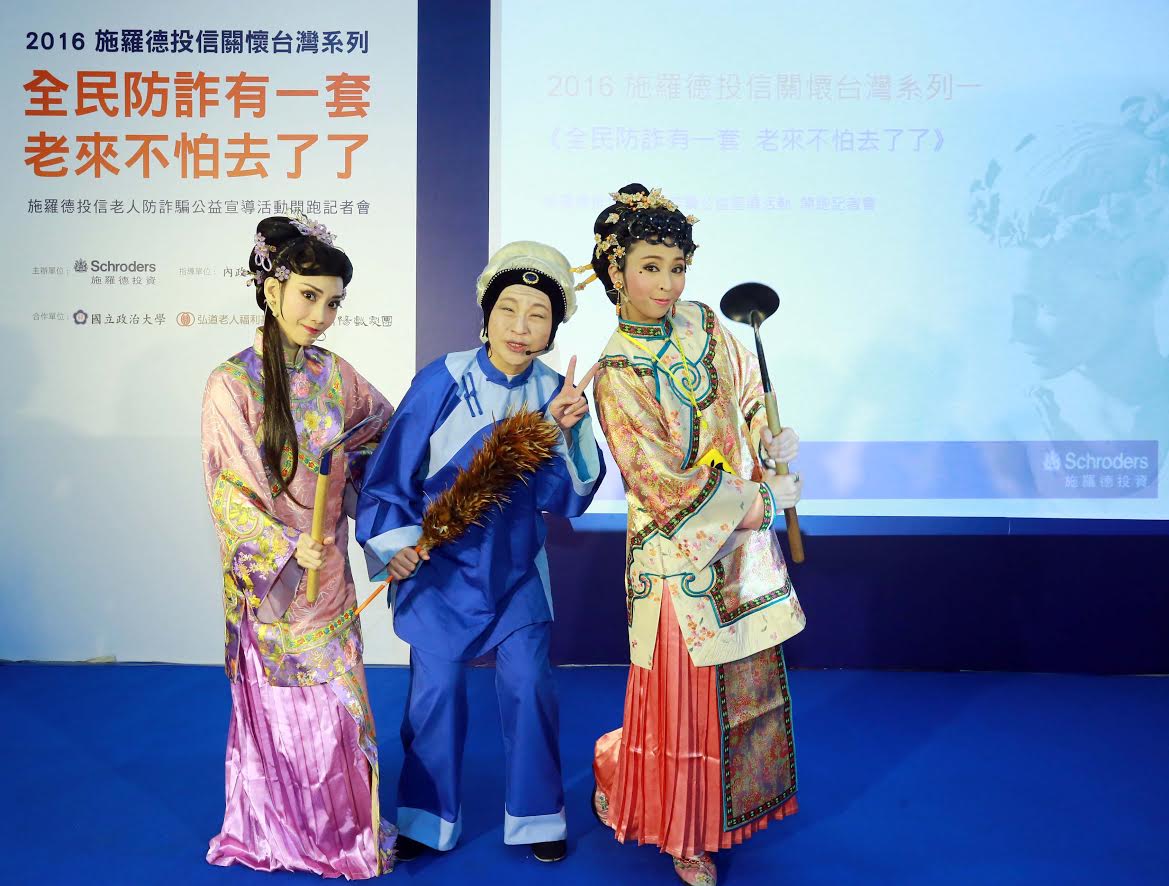 According to National Police Agency statistics, the number of senior citizens falling victim to scams increased as opposed to other age groups from January to September last year.

To fight the growing trend of senior scams, Schroders, a multinational asset management company, will team up with Lan Yang Dance Troupe to put forward an anti-scam Chinese opera with a view to arming senior citizens with anti-scam awareness and knowledge.

According to NPA statistics, scam ranked second in the crime index in Taiwan from January to September last year, with a total of 22,209 cases. The number of scam victims above 50 years increased from January to September last year compared to the same period in the previous, while scam victims within other age brackets fell during the same period.

Cheng Yu-ting, professor of Statistics and director of Data Mining Center at National Chengchi University, said over 70 percent of senior citizens had received scam phone calls, and 20 percent of them had given callers their personal information. The numerous senior scams have cost the senior victims tremendous loss in personal assets, Cheng added.

To counteract the trend of a growing number of the elderly falling victim to scams, Schroders and Lan Yang Dance Troupe will cooperate to produce an anti-scam Chinese opera for an around-the-island performance tour this year, the company said.

The video of the opera will also be available on social media platforms on the Internet to reach more people, Schroders said.