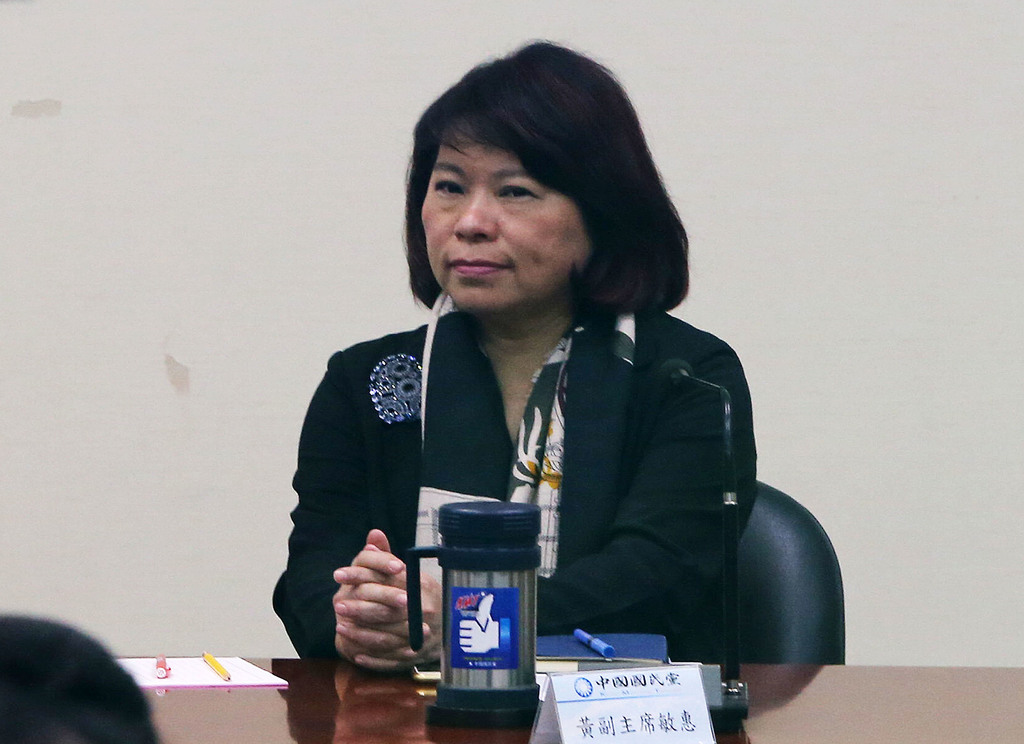 TAIPEI (Taiwan News) – Former Taipei City Mayor Hau Lung-bin canceled his bid for Kuomintang chairman after acting party leader Huang Min-hui joined the race in an effort to block Legislative Vice Speaker Hung Hsiu-chu, reports said Wednesday.
Following its devastating defeat in the January 16 presidential and legislative elections, Chairman Eric Liluan Chu resigned, leading to the need for an election to replace him on March 26. The party’s first vice chairman, Hau, also resigned, leaving its second chairperson, Huang, a former mayor of Chiayi City, in charge as acting leader.
She phoned Legislative Speaker Wang Jin-pyng Wednesday to tell him she planned to run for the post, according to a report by the Chinese-language United Daily News. Huang reportedly identified herself as a member of the “native Taiwanese faction” of the party, a group of lawmakers, mostly from Southern Taiwan, and close to Wang.
Less than an hour after the newspaper website reported Huang’s bid, it followed with the decision by Hau to cancel his registration Wednesday and drop out of the race.
Several KMT members had announced they would run for chairman amid calls for more party reform from different corners, and by the end of registration Wednesday, six had done so, including Hung and Huang. Taipei City Councilors Lee Hsin and Chung Hsiao-ping announced bids, but by the deadline, of the two only Lee registered, while Chung was disqualified because he was not an actual member of the party's Central Committee.
A further three candidates who did register were legislator Apollo Chen, Central Standing Committee member Lin Jung-te and former New Taipei City Councilor Chen Ming-yi. Contrary to earlier expectations, Vice President Wu Den-yih did not join the race.
However, it was Hung who caused the most consternation because of her pro-China views. Last year, the KMT already replaced her as its presidential candidate because of the same issue.
Several of the contenders for KMT leader said they did not want to see Hung win, because it might marginalize the party even further after its severe defeat. Not only did it lose the presidency, but for the first time, the KMT will also be reduced to a minority of 35 at the 113-seat Legislative Yuan.
The party reportedly has about 330,000 members eligible to vote on March 26, but turnout might be low amid the current mood of despondency, reports said.
The six candidates who registered by the Wednesday deadline will now each have to spend the next four weeks finding at least 3 percent of the party membership willing to endorse their campaign.