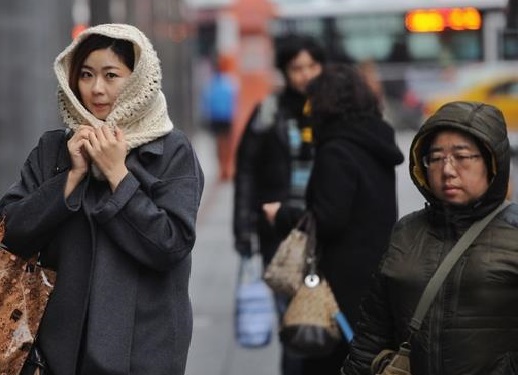 Temperatures will remain low, but no snow: CWB

The cold spell will continue to blanket Taiwan throughout Monday, but chances for snow are likely to be slim, the Central Weather Bureau said.

Temperature in the greater Taipei area was recorded at 5.3 degrees Celsius in early morning, a tad higher than the previous day during the break of dawn.

“The low temperature will last through early Tuesday, but chances for the public to witness another snowfall will be slim because of the dry wind from the continental north,” the weather bureau said.

Although temperatures for these areas and municipals rose roughly 1 to 2 degrees Celsius in the morning, the CWB cautioned visitors planning to drive to the mountains later in the day to remain vigilant of the slippery road surface due to sleets.