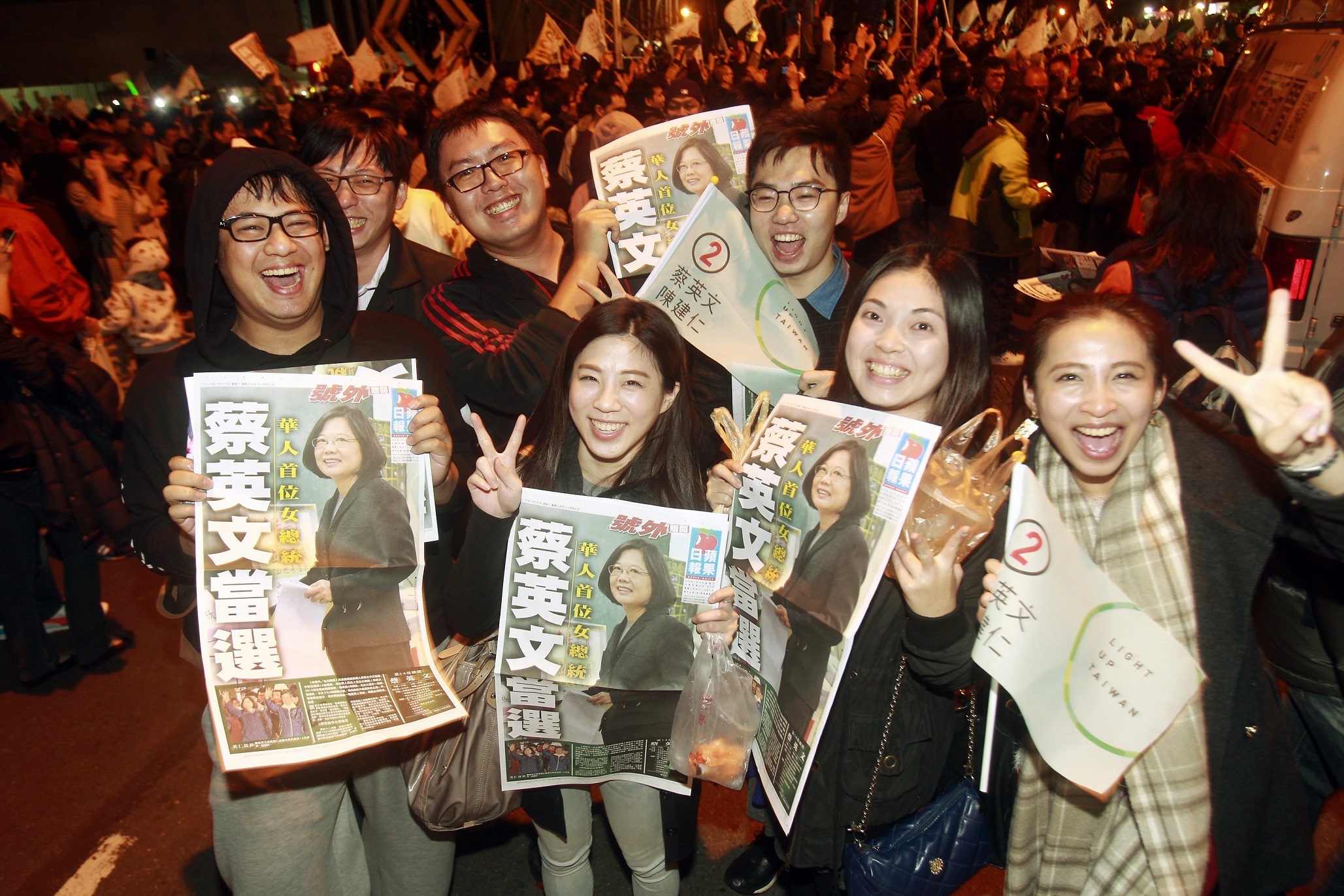 Editorial - The people have spoken

The Kuomintang’s crushing defeat on Saturday’s general elections was so evident that it could only mean one thing – the people have spoken. It was a harsh reminder to politicians, or the KMT for that matter, that while the economy continued to stagnate with low pay, fewer job opportunities and unaffordable housing, the island’s populace has become so frustrated with its governance that they are longing for change.

The extent of Democratic Progressive Party’s gains surprised many observers, despite signs in recent months that support for President Ma Ying-jeou and his cohorts were flagging. After eight years of KMT rule, its ineptitude has again “helped” turn the tide of reign back to the opposing party.

In the end, the DPP won 68 legislative seats, up from the previous 40, while at-large seats it managed to secure 18, compared to 13 in 2012. The DPP’s leader and current president-elect, Tsai Ing-wen, described her party’s success in the polls as the best in its history – the DPP’s first-ever absolute majority in the legislature.

But to many observers, history was first made in Taipei in November 2014 when Ko Wen-je, a renowned surgeon running as an independent, backed by the DPP, defeated the KMT’s Sean Lien, the son of a former Taiwanese vice-president, Lien Chan. It was the first time the predominant KMT lost Taipei without a split in its camp’s vote (the DPP has won in the city only once—22 years ago in 1994 with then-mayor Chen Shui-bian, who later became the president.)

Alas, it was a tell-tale sign that Ma never really gave a hoot to people’s woes, which consequently led to KMT’s imminent demise last weekend.

The elections, both legislative and presidential, were more about such issues as welfare and economy rather than relations with China – including the 1992 Consensus which Ma and his sidekick Eric Chu so much as touted. Salaries have stagnated for years and there is still widespread belief that only Taiwan’s business elite is reaping the economic rewards of closer ties with China. This view is particularly prevalent among Taiwanese youth, which then led to the Sunflower Movement in 2014. The failure of Ma’s government to prevent a series of food scandals has also upset many.

Seeking to reverse his fortunes and establish his historical reputation, Ma arranged to meet with his Chinese counterpart President Xi Jinping in a so-called Ma-Xi Summit last November. However, this initiative only backfired on him. And a further blow came with the verdict on the Ting Hsin oil scandal later that month, when the company’s former chairman Wei Ying-chung was ruled not guilty. The damage to the Ma administration was heightened by the fact that the major food producer identified as the source of the adulterated oil was a company that achieved great growth by doing business with China and that had strong personal ties with figures in the KMT.

In short, the outcome of Saturday’s results can only be summed up in one phrase, and that is: “Those who cannot remember the past are condemned to repeat it.” A quote made popular by George Santayana, a philosopher and poet from Spain.

The phrasing itself is certainly catchy, not only because it is so common, but also because if it is true and if history is ugly, then it will come back to bite us.

But Ma and his KMT did not cherish their regained eminence at the top of the pyramid. Instead, they forgot how voters were awakened in 2008 when the reported corruption charges on Chen and his family expedited the return of power back to the KMT.

To make matters worse, Ma only played the people for a fool with his lavish talks and empty promises. The most prominent things to have happened were the string of corruption scandals involving some of Ma’s closest and most trusted aides.

As Taiwan’s democracy continues to mature in the course of time since the lifting of martial law in 1987, the people are gradually getting to know that the decisions taken by politicians affect their lives one way or the other. The DPP, now the country’s ruling power, will need to establish a pattern for the path of Taiwan’s political and economic future. These choices will provide a mandate to transform their policies and platforms into legislative priorities and build coalitions to bring these priorities to fruition.

The DPP under president-elect Tsai now has a great opportunity to chart the course for the next four years. For what’s it is worth, the people on Taiwan can only hope that they will not retrace the same steps taken by Chen or Ma, or history will again repeats itself.