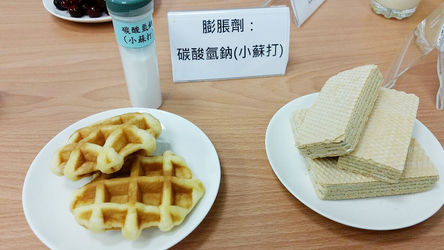 The government will soon revise regulation on the levels of aluminum residues in food items, with the new amendment to be announced in March this year, Taiwan’s Food and Drug Administration (FDA) announced Monday.

In Taiwan, food products that use raising agents have been found to contain excessively high levels of aluminum, it said, adding that consumption of the non-ferrous metal could affect memory.

To date, there are no legal limits on raising agents added to processed food, but simply stating that manufacturers are allowed to use them for “appropriate use.”

While most processed foods typically contain some levels of aluminum, high concentrations of the metal were often found in breads, cakes and pastries (with biscuits having the highest levels) because direct additives, or raising agents are added for improved texture and flavoring.

As for seafood, the same can be said with seaweeds, salted dried jellyfish, and among other processed seafood items, the FDA said.

The government will soon announce the levels of aluminum residues to be allowed in different food items, FDA section chief Kao Yi-ting said.

“For example, the allowable levels of aluminum found in processed seaweeds shall not exceed 500mg/kg, deep-fried dough sticks below 300mg/kg, pickles 200mg/kg, and so forth,” she said, adding that the list will be finalized in March.

In a previous report, manufacturers in Taiwan have been found to use aluminum potassium sulphate as raising agents to make the texture of the food more appealing.

“In the months to come, food manufacturers will be subject to fines between NT$30,000 to NT$3 million if their products are to be found to contain excessive levels of aluminum.”