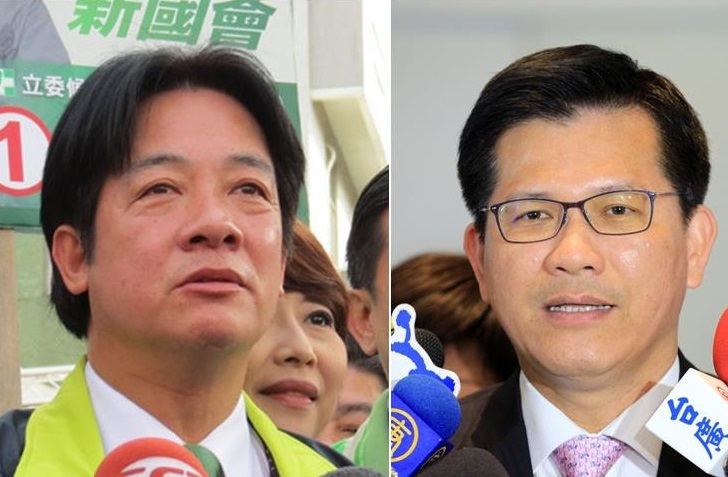 Mayors in Taichung and Tainan are calling for the relocation of government offices to their respective cities, suggesting that not all branches of the government need to be seated in Taipei, reports said Monday.

Taichung Mayor Lin Chia-lung said he proposed moving the Legislative Yuan to his governing city, adding that he hopes the new government will help expedite the feasibility once the transition of political power is completed.

“Relocating the legislature will help save the central government from spending a huge lump of money each year, whereas in Taichung land values are cheaper,” Lin said during a council meeting in the morning.

The legislative building is currently on lease from the Taipei City government, which costs more than NT$100 million (US$3.38 million) in annual rent, he said.

Aside from these concerns, a shortage of land in Taipei, as well as overcrowding, high housing costs and constraints on the quality of life are also good reasons to relocate, the mayor added.

The topic on moving the legislative building has since been discussed before, but to no avail, Lin explained, adding that with the party changeover, he hopes the new government can look into the matter more seriously.

Meanwhile, the Taichung mayor was not the only one voicing his opinion about the relocation of government branches.

When interviewed by the local press in the morning, Tainan Mayor William Lai also called for the relocation of the Presidential Office building, currently seated in Taipei’s Zhongzheng District in Taipei.

“My proposal would be to keep Taipei as the financial center, the administrative region in central Taiwan, and set the executive branch of government in Tainan,” Lai said.

Asked if his proposal was motivated by president-elect Tsai Ing-wen’s landslide victory on Saturday, the mayor said the idea did not just crop up on his mind overnight, but instead has been discussed many times before.

Tainan is the oldest city in Taiwan and was once the island’s capital city dating back to the Tungning Kingdom and later Qing dynasty rule.

“Future government agencies could also be established in areas outside Taipei, including the Environmental Protection Administration, the Ministry of Culture, or the Ministry of Labor,” Lai said, citing that new times call for new ways of thinking and new action.

“This is the only way Taiwan can experience new development.”