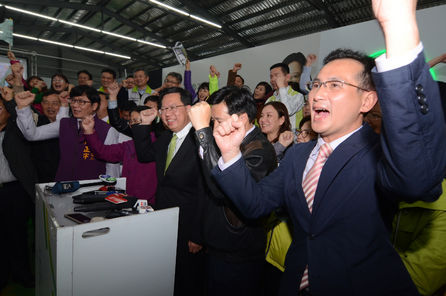 Academia Sinica researcher Hsu Szu-chien believes President-elect Tsai Ing-wen may have to face three pressing issues once she is officially instated in office after the May 20 inauguration, reports said Sunday.

His comments came during a forum in Taipei titled “New Democratic Challenge: The Path to Political Reform” organized by the Taiwan Democracy Watch.

“She would have to confront the nation’s economic plight, adversity of Chinese blockade, and political polarization,” he said.

By blockade, Hsu meant that China could block the accords or agreements it had already signed with the Kuomintang under outgoing President Ma Ying-jeou, and refuse to negotiate with the Democratic Progressive Party under Tsai. This includes tax incentives for Taiwanese businesses in China, he said.

“Secondly, Tsai would have to come up with concrete plans to minimize Taiwan’s economic reliance on China, and look up to the United States for further assistance.”

While politics in Taiwan have become increasingly polarized over the national identity issue, the president-elect would have to make sure that the DPP will not fall into segregation by igniting hatred across the strait.

“Tsai would need to honor her pledge by maintaining cross-strait peace and development,” Wu added, adding that it should not be victim to polarization.

Reflecting unease over a slowdown in Taiwan's once-mighty economy, Wu said providing opportunities to the next generation would be the most important issue.